Marquis Vasquez knew what his audience was feeling when he spoke at the opening session for Arkansas Tech University freshman orientation at Tucker Coliseum on Saturday, Aug. 14.

He had been in their shoes exactly one year earlier.

“If you’re worried about what people think about you, don’t,” said Vasquez, an ATU sophomore from Conway. “Everyone here is going through their own thing and everyone will have their struggles. All of you are trying to get to the same ending point.”

The members of the ATU Class of 2025 began moving into their residence halls on Thursday, Aug. 12. The move-in process concluded two days later and the freshmen transitioned into an orientation program that will carry through Tuesday, Aug. 17.

Between Saturday and then, the TechConnect orientation team of staff members and students will prepare the freshmen for their college experience.

Meighan Burke, ATU director of student transition and family engagement, told the ATU freshmen they will return to Tucker Coliseum in four years to receive their degrees. She invited them to close their eyes and imagine that moment.

“I know sometimes it can be overwhelming to think that far ahead,” said Burke. “Let’s come back to the present for now. Let’s think about the next few days of orientation and the first week of class. We are here to help you discover campus resources, learn about involvement opportunities and connect you to leaders on campus.”

Layne Lawson of White Hall was among the freshmen in the Tucker Coliseum audience during the freshman orientation opening session. She plans on studying nursing at ATU.

“Arkansas Tech’s nursing program is No. 1,” said Lawson. “I chose Tech for that reason and because I feel more at home here than I did at other universities. When I’m here, I feel like I’m back in White Hall. Starting college means more friendships with people you don’t know who will become lifelong friends. I’m nervous about keeping up with my classes, but I can do it. I hope the next four years improve my understanding of time management and being more punctual. I want to learn to be responsible with my time, money and effort.”

Freshman Jaiden Jerrell traveled from his home in Phoenix, Ariz., to attend Arkansas Tech. He plans on becoming an active participant in the U.S. Army ROTC program at Arkansas Tech.

“I’ve always had a love for the military,” said Jerrell. “A lot of my family members have been in the military and my dad is currently in the Air Force, so I’d like to keep that tradition going. I’m excited to be on my own and start a new chapter in my life. I hope to learn a lot, and I hope the memories that I make here are ones that I can cherish.” 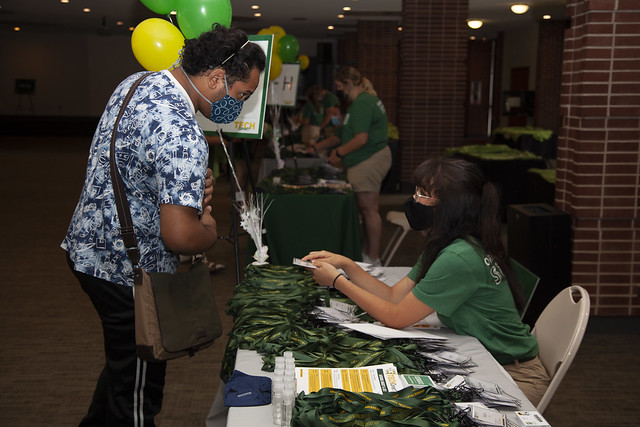