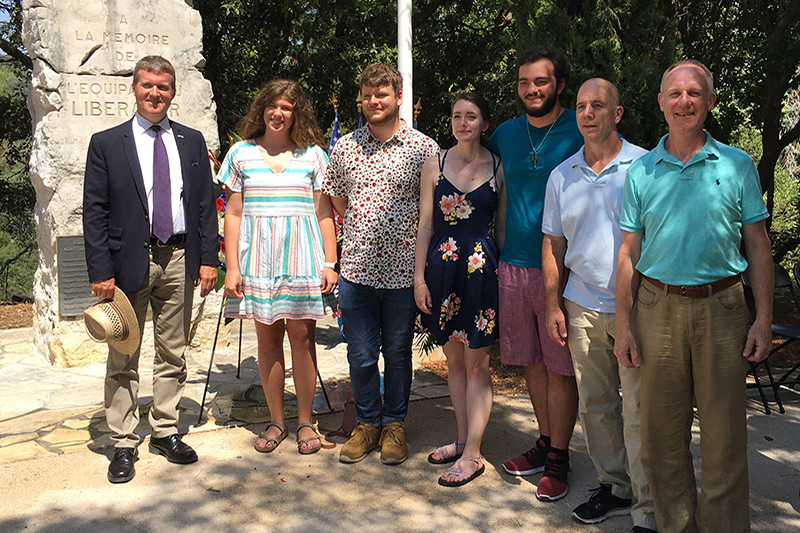 "The learning is going great and the experience of the culture and civilization definitely broadens their world views," said Philippe Van Houtte, who serves as systems librarian at ATU's Ross Pendergraft Library and Technology Center, visiting lecturer of French in the ATU Department of English and World Languages and is leading the ATU students on their summer experience in France.

The ATU delegation was invited to participate in a July 4 remembrance of the crew of a U.S. Army Air Forces B-24 Liberator that was shot down near Cannes on May 25, 1944.

"We were lucky enough to meet U.S. General Consul Simon Hankinson, who is based in Marseilles," said Van Houtte. "He was a speaker at the event. We shook hands and took a picture in front of the monument erected in honor of those Americans who gave their lives for France's freedom."

The ATU representatives in Cannes are studying the French language and learning more about the local culture.