Writing the Plan: Preparing Students for the Unexpected

“Today is dreary,” wrote young Dr. Jamie Earls on April 20, 1995. “Yesterday Oklahoma’s Federal Government Building blew up.” Ten-year-old Earls wrote in her kitten-adorned childhood diary an entry that foreshadowed her future career. More than 20 years later, she would visit the site of that horrible tragedy and also have emergency management students who would choose to take a trip to the same powerful location.

“When I was really little, I wanted to be a nurse like my mom,” said Earls. “I didn’t think girls could be doctors. Once I found out they could, I wanted to be a doctor.” Being squeamish around blood led Earls away from the medical field, but she was still intrinsically drawn to helping people.

Because her parents had met at Arkansas Tech, and Earls also had an aunt who attended, ATU was her first choice when she was ready to pursue higher education. Being a legacy student, Earls thought she knew everything Tech had to offer.

Earls began her college career pursuing a history degree to teach high school students someday. After attending classes, she realized her true passion wasn’t secondary education. While she still felt the pull to teach, high school wasn’t the right environment to apply her skills. After hearing about emergency management from other students, the program piqued her interest.

“I decided to try to figure out something different,” said Earls. “Emergency management is very unique to this campus. It’s not something that you necessarily know about or think about until a disaster happens.”

“My teaching philosophy is really about involving the students,” said Earls. She referred to a Benjamin Franklin quote: “Tell me, and I forget. Teach me, and I remember. Involve me, and I learn.”

Emergency management students are encouraged to learn by doing. The students volunteer for disaster relief, participate in training exercises and get involved in community service projects.

“We don’t stop educating at the classroom door,” said Earls. 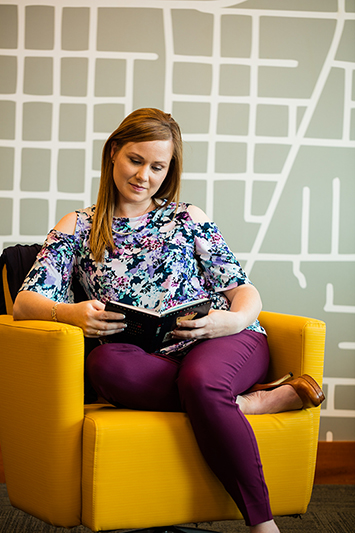 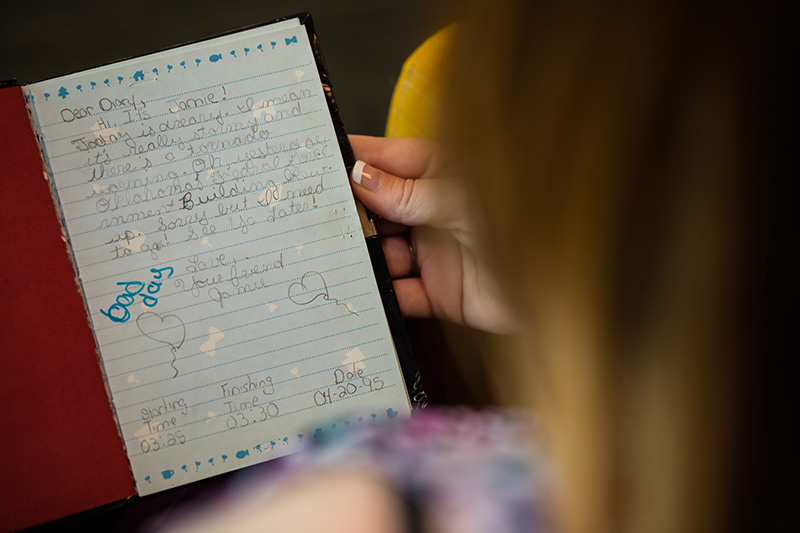 To fulfill her desire to get involved, Earls first had to overcome some obstacles with being a young professional in academia. For service on committees, seniority is usually sought because it generally means more experience. Despite Earls’ student-experience, she still felt overlooked for a few years while trying to establish her career. With her tenacity, Earls was able to break through the age barrier to prove herself as a valuable team player for service roles.

The best professors lead by example for their students, and Earls doesn’t just teach her students the value of service; she lives it. Service and leadership roles now fill Earls’ curriculum vitae. She serves as student organization advisor for emergency management students, volunteers at the Conway County flu clinic and serves on multiple committees both inside and outside her field.

By having the current emergency management students participate in flu clinics, they gain valuable experience they can apply to an emergency situation. Earls tells her students “to practice when there’s not an emergency.” It’s about learning firsthand the process and procedure involved with widespread dispensing of medication.

“It’s just a simple flu clinic,” Earls continued “But it is the same concept. The same exact process and procedure would happen no matter what they’re dispensing.” Earls teaches her students how the same model could be used to dispense antidotes to counteract chemical or biological warfare.

Late May and early June 2019 marked historic flooding of the Arkansas River, which borders Russellville and Dardanelle. Earls, alongside other members of the River Valley community, was among the first to volunteer.

Earls believes that the communication skills learned in the emergency management program can be applied to any career her students have after college.

“Part of what I do is teach students how to navigate and figure out how to make hard decisions,” said Earls. “And then [they have to] be able to live with the consequences of the decisions and understand that nobody’s perfect. You do the best thing you can with the information you have.” Earls says these same steps apply for complex decisions regarding policy and disaster preparedness.

“Those are very tough decisions, and somebody has to make them, and there’s a strong likelihood that, at some point, our students are going to be in a position where they’re going to have to make some of those decisions,” continued Earls. She feels it is her job to teach the students under her care to make the best decisions utilizing the information to which they have access at the time.

A new addition to Earls’ busy schedule is her role as assistant director for University Honors. The Honors program oversees the Green and Gold Cupboard for the Russellville campus.

The Honors introductory class, which Earls teaches, examines current events, many of which affect emergency management due to the political climate in the contemporary world. While Earls will not discuss her own political views in the classroom, she encourages open and respectful communication from all sides of the issues her students discuss in class. Her goal is for the students to be able to research and effectively communicate their opinions on any number of current topics while being respectful of those who believe differently.

These open discussions are essential for all classes Earls teaches. Because emergency management involves collaboration in the field and planning meetings, Earls wants all students to leave ATU with the ability to be a team player. Being a team player can mean knowing when to step up as a leader and when to step back and follow the lead of someone else.

Being the first doctor in her family is something Earls is proud of, but it sometimes comes with confusion. When her mom, a nurse, introduces her daughter as a doctor, Earls says people assume she’s a medical doctor. Earls is quick to correct the confusion before someone can fully show her a rash. “I always tell them, ‘I’m not that kind of doctor. I’m a Ph.D.; I can’t diagnose you,’” said Earls with a laugh. In a way, she proved to herself that she could accomplish a childhood dream of being a girl doctor, though not in the way she’d envisioned.

Even though she didn’t pursue history education as she’d initially planned upon starting college at ATU, Earls still teaches history as part of her classes. Part of emergency management learning involves studying past disasters such as the Oklahoma City Federal Building bombing, 9-11, and hurricanes Katrina and Harvey. As time passes, the frame of reference for these events goes from reflection and remembrance to a history lesson for the younger students who were born after the events happened.

“Those events, 9-11 especially, probably had more of an impact on me moving into emergency management than I ever could have realized at the time,” said Earls. It was only recently that she found her childhood diary that referenced the bombing at the Federal Building in Oklahoma City. Reading the entry brought back overwhelming emotions for Earls.

“Thinking about [how] that was my first entry as a 10-year-old and talking about someone doing this devastating act and how that is related to what I do now—never as a kid did I think I’d be working in the field that deals with that,” said Earls. “It was just surreal to look back on all of that and realize I’ve been working toward this my whole life without ever knowing it.”