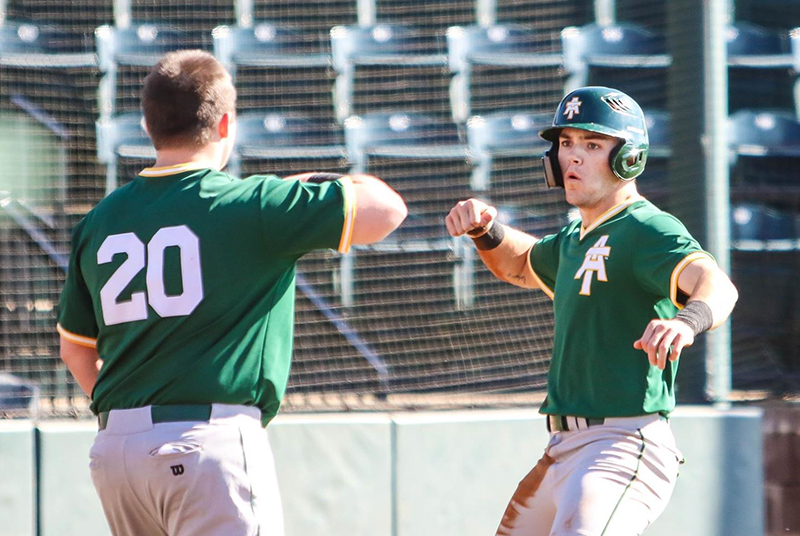 Arkansas Tech University began the Great American Conference portion of its 2020 baseball schedule by taking 2-of-3 games from Ouachita Baptist University at Carl Baswell Field in Russellville on Saturday and Sunday.

Live coverage will be available at www.arkansastechsports.com.

A five-run outburst in the seventh inning propelled Arkansas Tech to an 8-4 victory over Ouachita Baptist in the series opener on Saturday.

A Tigers’ error allowed the Wonder Boys to break a 2-2 tie when Tristan Thomas raced home with no one out in the bottom of the seventh.

After the next two hitters were retired, ATU’s Drew Bailey came through with a two-out, two-run single. Garrett Crews followed with a two-run double and the Wonder Boys went to the eighth inning with an insurmountable 7-2 lead.

Armando Romero (2-0) pitched five innings in relief to earn the win on the mound. He limited Ouachita to two runs on three hits and struck out seven Tigers.

Cox (1-2) pitched the first six innings and notched five strikeouts. Kovar got the final three outs for his second save of the season.

Evan Hafley hit a two-run home run in the bottom of the first inning.

Cooper Timmons (1-0) pitched one and two-thirds innings in relief to collect the win for the Tigers. Logan Honeycutt earned his second save of the season by retiring ATU in the bottom of the ninth.

Hafley drove in two runs for the Wonder Boys, including his team-leading third home run of the season.