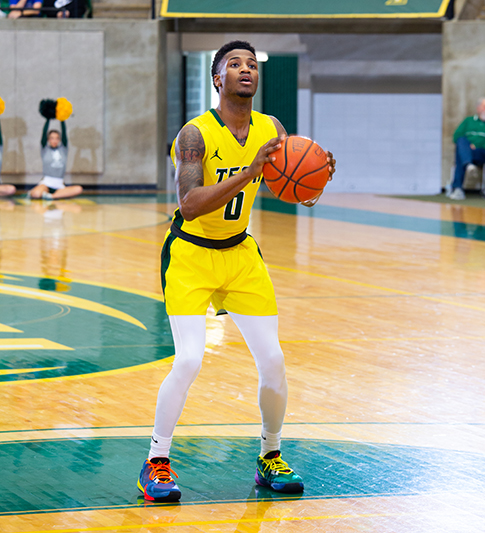 The Wonder Boys (11-6 overall, 7-4 GAC) held the Bulldogs without a made field goal over the final 4:14 to earn their eighth consecutive win against SWOSU and improve to 11-1 at home this season.

“We finally started buying into the game plan after 36 minutes,” said Chad Kline, ATU head coach. “We were not gapping on the right guys, and they were driving it to the basket on us. We didn’t play great by any means, but we never panicked when we got behind. That’s a sign of a team that can win even when it’s not at its best.”

Southwestern Oklahoma State held Arkansas Tech without a made field goal over a span of more than nine minutes midway through the first half.

Unfazed, the Wonder Boys went on a 13-0 run over a span of 3:38 to get back in the game. Kevin McNeal’s offensive rebound and put-back basket for ATU with 19.8 seconds remaining until halftime sent the game to intermission with the score tied 40-40.

Neither side gained a lead greater than five points at any point in the second half.

On three separate occasions over the final 6:36, a Wonder Boy made a steal and took the basketball coast-to-coast for an easy bucket on the other end.