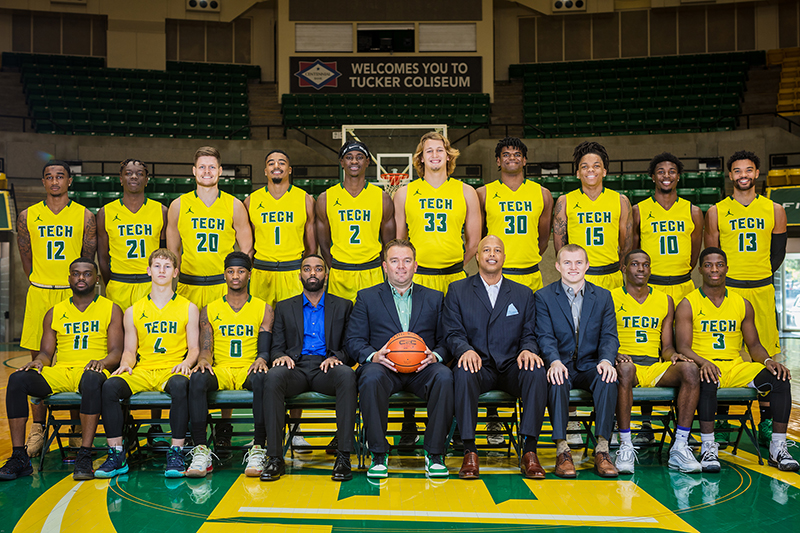 The Wonder Boys defeated Champion Christian College 102-77 in their final tune-up before the beginning of Great American Conference play.

Champion Christian led for 15 of the first 19 minutes, but Arkansas Tech closed the opening half on a 9-0 run to take a 43-39 edge at the intermission.

R.J. Glasper scored five points during the run and assisted Ke’Lyn Adams on a slam dunk with 2 seconds remaining in the half that provided the halftime margin.

The Wonder Boys (2-1) pulled away with an 18-2 run over a span of 3:22 midway through the second half. Tech led 79-60 with 9:04 remaining when that spurt was complete and maintained at least a 12-point advantage the rest of the way.

“We started getting stops,” said ATU head coach Chad Kline when asked what made the difference during the 18-2 run. “That’s what we have to do. When we trade baskets, it’s going to be a long night. We put our foot down and started keeping them out of the paint. They played harder than us in the first half. We were able to flip the switch in the second half.”

Six Wonder Boys reached double figures in scoring, led by Glasper. The junior from Forrest City scored 27 points and dished out a career-high 13 assists. It was his 26th career game with 20 or more points.

Arkansas Tech forced Champion Christian into 21 turnovers and finished with a 30-8 edge in points off turnovers.

Kentrell Jacobs scored a game-high 29 points for the Tigers.

The Wonder Boys will open GAC play when they host Ouachita Baptist University for a 7:30 p.m. contest at Tucker Coliseum on Thursday, Nov. 21.