What Makes Us Human?

Throughout history, there have been artists and dreamers, storytellers and philosophers, historians and those who’ve sought clarity about human behavior. Here at Arkansas Tech University, these people study together harmoniously within one college—the College of Arts and Humanities.

Although the university was founded as the Second District Agricultural School to offer secondary education, arts and humanities have been ingrained in the curriculum since the school’s inception in 1909. Early students at ATU studied art, English, history and music as part of their coursework to finish high school and later to earn their junior college degrees in agriculture (for young men) or home economics (for young women) beginning in 1921.

By 1931, the school’s programs were divided into divisions, one of which was the Division of Arts and Sciences. The pairing of arts and sciences into one division back then unintentionally foreshadowed what today’s students can accomplish through interdisciplinary learning—which was written in the pages of the university’s history long before the term was popular in the academic world.

According to late ATU History Professor, Dr. Kenneth Walker’s “The History of Arkansas Tech University: 1909-1990,” students were utilizing skills learned in one class to aid in learning in another class early in ATU’s history. Walker reported that President Hugh Critz, who served the university from 1918 – 1924, said, “One young man went 65 miles from the school, cut down a walnut tree, hauled it to the sawmill, cut and placed the plank, dried the lumber on the school broiler, and constructed a cabinet for a phonograph which was worth $350.” He went on to share that “another young man wanted a clarinet to play in the school band. Unable to afford the purchase price of one, he made one in the school shop.”

Young women of that era combined their artistic education and practical experience from sewing classes to create elaborate dresses out of expensive materials which would easily compete with and out-perform the workmanship of garments sold in department stores of that period. 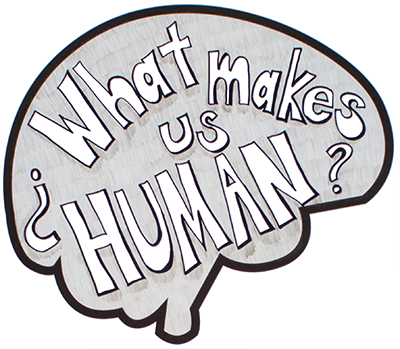 The 1960-70s saw the renaming of the Arkansas Polytechnic College to Arkansas Tech University and also brought new division names to organize the courses including separate divisions for fine arts and liberal arts. The divisions were later combined when ATU organized programs within schools, one of which was the School of Arts and Sciences, later renamed the School of Liberal and Fine Arts. This name remained until the 2000s when the school was renamed the College of Arts and Humanities.

The current College of Arts and Humanities has six departments and also hosts the Honors College and Interdisciplinary courses. The current dean, Dr. Jeff Woods, began his career at ATU teaching history, having been exposed to a college environment from a young age. “My dad is a professor, and I grew up on campus and around professors, so I also think I have a special affection for them and what they do,” said Woods.

“Increasingly, business and technology firms are looking for college graduates with skills like creativity, innovation, critical thinking, multicultural understanding and other ‘soft’ skills that allow people to be flexible and work well within a diverse team,” said Dr. David Ward, department head and professor of psychology. “These are the skills that behavioral sciences graduates bring to the table, and labor statistics show graduates from our fields have successful careers because of these skills.”

The Behavioral Sciences Department has always believed in a multi-disciplinary approach to the study of human behavior.

“Students in our department have always received training in a full range of academic topics of human behavior including psychology, sociology, rehabilitation science and anthropology; we have always encouraged cross-training in the different areas because we believe that gives a full view of the influences on human behavior,” added Ward.

According to Mr. Anthony Caton, department head and professor of journalism, “No other four-year institution in Arkansas better prepares their students for a career in journalism than Arkansas Tech University. From the day a first-semester freshman walks into the Energy Building they can experience ‘hands-on’ learning at Tech TV, KXRJ-FM radio and The ArkaTech [student] newspaper. We also have over 25 internship destinations for qualified junior and senior majors.” Internships provide upper-level students with practical skills that give them experience before seeking employment. Often these internships expect students to draw creative inspiration from various subjects.

Courses within the English and World Languages Department teach students to express their thoughts and appreciate other languages. Evaluation of literature develops critical-thinking skills and promotes understanding of other people and cultures.

“Nebo: A Literary Journal” began publication as the “Five Cent Cigar” in 1971. The journal, edited and staffed entirely by ATU students, has won awards at the Arkansas College Media Awards for poetry, fiction and art. Working on the journal helps students gain valuable and practical skills for their future careers.

Dr. David Blanks, department head and professor of history, said a degree from the Department of History and Political Science “prepares [students] to succeed in all their future endeavors. Employers regularly say they want college graduates who can think for themselves, make good decisions, [and] communicate well. This is what we do. These are the skills we provide. But beyond preparing students to succeed in their careers, history, political science, geography and philosophy provide students with the most important skill of all, what I like to call ‘knowledge for life.’

“History encompasses the whole of the human enterprise,” said Woods. “It allows me to think about art, music, politics, religion, war, peace, technology and the vast complexity of who we are and where we might be going.”

“The study of music is important to student success because it not only equips students with a better understanding of who they are but also develops traits and skills useful in their chosen career path,” said Dr. Jeff Bright, department head and professor of music. “A couple of valued skills students develop and refine through the study of music include creativity and problem-solving.”

Students from all majors may audition for the ATU marching band, known as “Arkansas’ Band of Distinction,” which brings school spirit to athletic events and pride to competitions such as the CBDNA conventions. The department also houses the Symphonic Wind Ensemble, Symphonic Band and Concert Band. Vocalists may participate in the Chamber Choir, University Choir or Concert Chorale.

“Probably the most important reason for the inclusion of music in any curriculum is to study and experience its aesthetic value,” continued Bright. “A more pragmatic view of the importance of music study would be to identify traits and skills musicians develop that can be transferable to any situation. One of those important traits is ‘grit’ – a perseverance and passion for long-term goals … musicians cultivate collaboration skills that are essential anywhere people are expected to work together.”

Innovations and the Future

“As we look to the future, the [Behavioral Sciences] department has expanded to fulfill the needs of the 21st-century students and the 21st-century employers, who are looking for the ‘people’ skills we help provide our graduates,” added Ward. “This expansion includes implementing graduate programs, developing a criminal justice and criminology program, forging ties with a cross-disciplinary area like geospatial studies, developing IPBL (interdisciplinary problem-based learning) courses, and increasingly developing internship and community need-based programs.”

Students taking classes taught by Dr. Sean Huss, professor of sociology, in 2014, founded the Because We Can student organization to focus on social issues and making a difference in others’ lives. Dr. Huss and Dr. James Stobaugh, professor of sociology, served as faculty advisors for the group as it launched food recovery programs designed to save leftover cafeteria food for use at local facilities that help feed the hungry in Russellville and the surrounding areas.

Because We Can announced in 2017 the creation of the Green and Gold Cupboard designed to help ATU students, faculty and staff who are facing food insecurity. The cupboard was made possible, in part, by a generous grant from Tyson Foods in August 2016. The program is now under the stewardship of the Honors College.

In September 2018, ATU was selected by the Arkansas Board of Education to serve as the home for Arkansas Governor’s School (AGS) from 2019 through 2021. AGS is a program for 400 of the top high school students in the state, held the summer before their senior year. This is the first time Arkansas Tech will host AGS.

“The Arkansas Governor’s School curriculum will maintain its traditional emphasis on arts and humanities,” said Dr. Robin E. Bowen, ATU president. “The effort to bring AGS to Arkansas Tech was led in part by Dr. Jeff Woods, dean of the ATU College of Arts and Humanities. However, ATU also has facilities that Arkansas Governor’s School participants can utilize to explore topics such as cybersecurity, alternative energy sources, biotechnology, genomics, computer science, mathematical fractals and game design.”

“Interdisciplinary study is a huge part of what we do in the college,” said Woods. “Our Cultural and Geospatial Studies Program, for example, combines traditional Anthropology and Geography with geographic information systems technology that is shared with fields such as Geology, Fisheries and Wildlife, and Emergency Management. College faculty also originated the Interdisciplinary Project-Based Learning courses on campus that bring together students from across the university in all disciplines to tackle the world’s most pressing concerns like global warming and artificial intelligence.”

What Makes Us Human

An education including arts and humanities enriches the lives of our students – the part that makes us human.

“Arts and Humanities are ultimately about human communication,” said Woods. “I cannot imagine a fulfilling personal, social or professional life without these. Regardless of whether we are writing books or reports, recording music, producing films or plays, delivering speeches, emailing, or tweeting, better individual and social relationships depend on communicating effectively through critical thinking, ethical discernment, subject mastery, and the pursuit of truth and beauty.”

“Music, or any of the arts for that matter, is essential for understanding emotions, cultures and developing better self-awareness,” said Bright. “In short, the arts help to give meaning and purpose to our human existence.”

“The College [of Arts and Humanities] is amazing,” concluded Woods. “We have a fearless faculty who are intensely dedicated to their students and their craft.  We have gritty students that daily inspire creativity, wonder and awe. I am proud to serve them as dean. The future of the college is bright.”