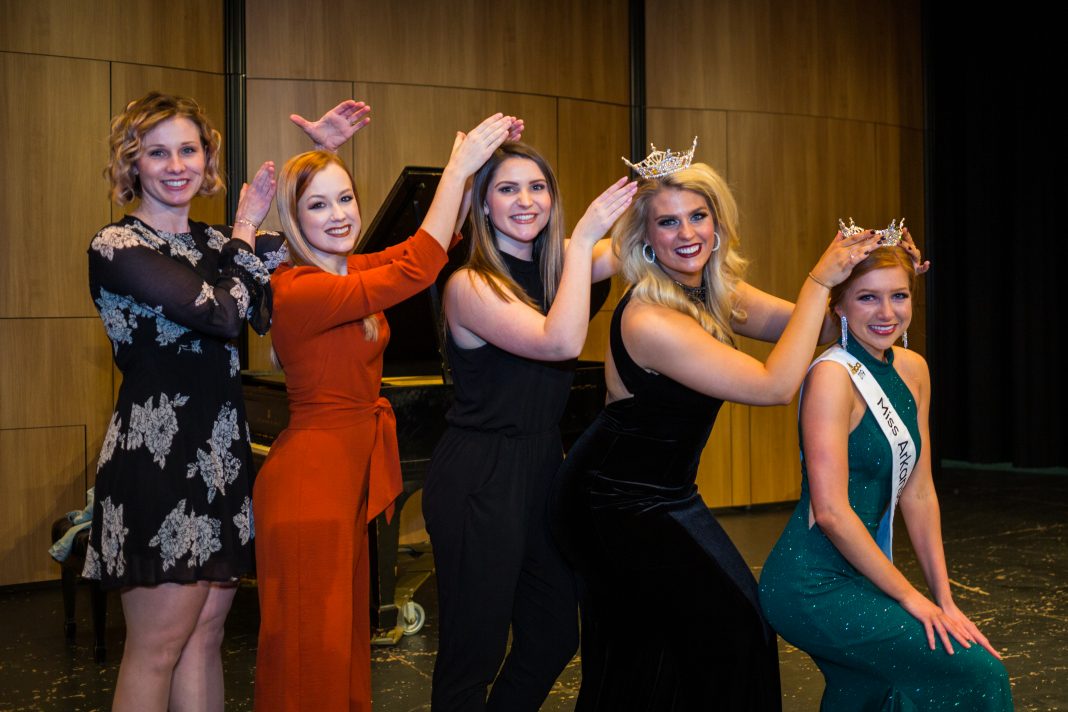 The Miss Arkansas Tech University pageant has been a long-standing tradition at ATU since 1956. As part of the single largest scholarship provider for women in the world, The Miss America Organization, the Miss Tech pageant has provided tens of thousands of dollars in scholarship money to ATU women throughout the years. Each year, Miss Tech is provided with numerous networking and service opportunities on campus and within the community. Not to mention being granted the merit to represent ATU at the Miss Arkansas pageant.

Miss Arkansas Tech University 2019, Kara Dickens, reflects on how the pageant has impacted her life and the ATU community.

The Journey to the Crown

Although it feels as if it were yesterday, I was crowned Miss Tech in February of 2019. Winning that title had been a long-term goal for me and seeing my dream come to fruition was one of the highlights of my time as a student at Tech. The summer before my senior year of high school I came on a tour of campus and upon seeing the former Miss Tech portraits lining the stairwell in the Doc Bryan rotunda, I told my mom that I wanted my picture to be up there one day too. As silly as that may seem now, I was only half-joking at the time and had no idea if I would even put action behind those words.

Fast forward to the spring semester of my Freshman year and I was signing up and working hard for what I knew would be a tremendous opportunity for me. Having my name called and a crown placed on my head was a wonderful feeling of achievement, but having $7,200 placed directly into my student account as a result of said crown being placed on my head? That was elating.

The opportunity for scholarships did not stop there. After a Miss Tech is crowned at the “local” level, she is then sent on to compete for Miss Arkansas at a state level. This provides not only the opportunity to win the title of Miss Arkansas but to potentially earn thousands of dollars in additional scholarship money. In 2019, I earned $900 from the Miss Arkansas pageant to go towards my college tuition.

Not only that, but I was able to meet other young and ambitious women from across the state, as well as other university title holders. The opportunity to meet and talk with other university title holders about their experiences as a student and representative of their respective colleges was really special. However, I am convinced that no other pageant experience could ever compare to the year I spent representing the university I love.

One of the most unique aspects of the Miss ATU pageant is the director, Jim Collins. Jim served ATU for 34 years as Dr. Collins, professor of horticulture and well-deserved recipient of the Student Government Association’s Professor of the Year award. After his full-time retirement, he continued to teach adjunct for 3 years. Those that had him as a professor know him as Dr. Collins, but to those of us in the “pageant world,” he is simply Jim.

As the director, Jim wears many hats to ensure that the girl wearing the crown has the best experience possible for a titleholder. He organizes the scholarship and prize packages each year, acts as a liaison between the pageant and university as well as the pageant and the larger Miss Arkansas organization, emcees the competition annually, attends dress fittings, arranges interview and talent lessons, and is an active volunteer during the week of Miss Arkansas.

During my year as Miss Tech, Jim was with me at every appearance I made and drove me to every single event I attended. As former Miss Techs can attest to, Jim is chronically early. I remember receiving “I am here” texts 15 minutes before our arranged pickup time informing me he was outside in the car waiting. I was rarely ready to leave early so he learned to bring a book to read in the car while I rushed around inside on those days when the crown just would not pin securely to my hair.

His role as a director goes far beyond the few things I mentioned above. Most people would never know just how much Jim does for Miss Tech because he makes it seem so effortless. He has had 20 years of practice after all. I sincerely think this world would be a better place with a few more people like him in it, but then again, there is not another person that could come close to the exuberant icon that is Jim Collins.

During my year as Miss ATU, I was welcomed with open arms by the campus community. I attended events hosted by student organizations, did promotions for Tech, met with campus leaders (including our queen, Dr. Bowen), and spent time with everyone’s favorite bulldog, Jerry.

One of the memories I cherish most was my involvement with Time Out for Tech, an annual event for high school seniors to learn about ATU firsthand. Because I was a Freshman during my year as Miss ATU, I could vividly remember attending the event myself and being affirmed in my choice of college. So, attending the event once again as Miss Tech and looking around at the excited faces of future students all around me is something I will not soon forget. All the memories from my time as a titleholder were meaningful in their own ways, but nothing beat the pride I felt in wearing my university name on a sash so frequently. Being just one of the dozens of women to do that very same thing only nourished the love I have for ATU.

Pageants and “pageant girls” get a bad rap based on stereotypes that have existed long before anyone would care to mention. But the skills I gained while competing for and serving as Miss ATU are undeniable. I can confidently walk into any job interview and know that nothing they will ask me could cause me to falter, thanks to rigorous pageant interview preparation. I can speak in front of large audiences, be completely at ease in professional settings, and know the value of serving my community. Not to mention, wearing false eyelashes and platform heels for hours on end (while smiling) is a skill I wish I could write on every future resume I ever fill out. Shoutout to the readers who have also endured this “struggle” because it’s no easy feat.

Although the format of the Miss Tech pageant has changed over the years, the heart remains the same. Regardless of all else, competing within this system takes a significant amount of determination and ambition. Former title holders are now scholars, mothers, educators, creators, health care providers, community leaders, business owners, and the list goes on. Yes, the Miss Tech Pageant is much more than pretty dresses, aspirations of “world peace”, and lipstick-clad smiles.

The job of Miss Tech is much more than a title or a crown. It is a way for young women to pay for college, gain valuable skills, build their resumes, make connections, and contribute to a legacy. Titleholders gain life skills during their year and get the opportunity to share a piece of their heart with the university. The Miss ATU sisterhood is strong. I am always excited to see other former titleholders and hear about their lives. I am thankful to my university for the experience I had, and I am thankful to the women that came before me and paved the way to creating the role of Miss Tech that exists today.

10 Tips For A Great Advising Session

Never Settle: A Global Award in a Global Pandemic

I graduated from college. Now what?

The Taste of Home