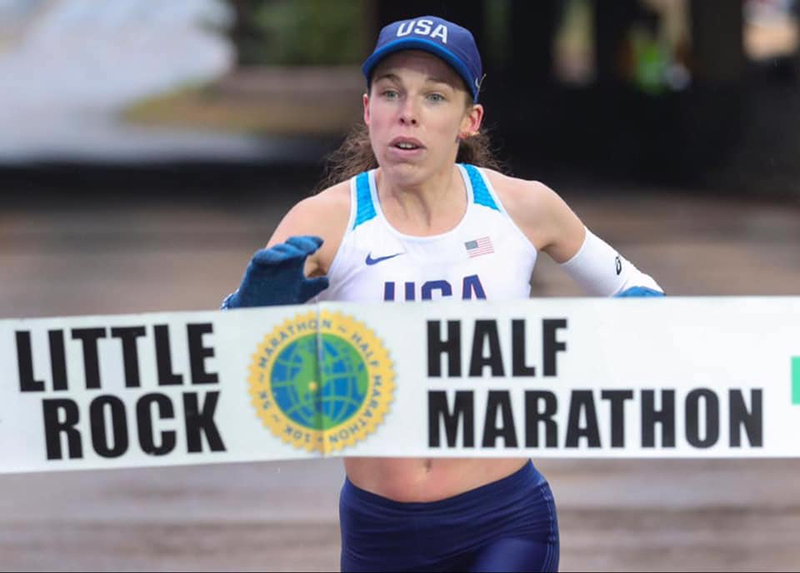 Arkansas Tech University alumna Kaitlin Bounds has been selected as a member of Team USA for the 2019 Parapan American Games track and field competition in Lima, Peru, Aug. 23-Sept. 1.

Bounds, who was diagnosed with autism at age 4, is among 60 athletes who will represent the United States of America in the event.

She also competed as part of Team USA during the 2017 World Para Athletics Championships in London, England, where she earned a fourth-place finish in the 800-meter run.

A resident of Russellville, Bounds, 27, collected four letters as a member of the Arkansas Tech cross country program. She was named All-Gulf South Conference in 2010 and was a multiple academic all-conference honoree, earning recognition for her classroom performance in both the GSC and the Great American Conference.

Bounds graduated from ATU in 2014 with a Bachelor of Arts degree in history.

Based in Colorado Springs, Colo., U.S. Paralympics, a division of the nonprofit United States Olympic Committee, states on its website that it is “dedicated to becoming the world leader in the paralympic movement and promoting excellence in the lives of people with paralympic-eligible impairments, including physical disabilities and visual impairments.”

Foundations and Futures Re-Scheduled for Oct. 16

Brightest of All: A Film About ATU’s National Champions

Foundations and Futures Dinner Pushed Back to Fall ’20