Talking Agri on a Global Scale

Talking Agri on a Global Scale

One issue arose when Dr. Justin Killingsworth received the news that he’d been chosen to accompany a team to Uganda for a week: the target date for arrival was the first day of the fall 2017 semester…

Killingsworth, who is known for his enthusiastic attitude toward new opportunities, stuck to his priorities. “I asked to leave a week later, so I could acclimate students to my classes and give them assignments knowing fully well I may have missed the [Ugandan] opportunity.” Luckily, the team at South Central Representative (CRS) didn’t mind at all.

South Central Representative for National FFA, Nina Crutchfield, could have contacted any of the four agricultural education programs in the state of Arkansas. After interacting with Killingsworth via the CASE Institute, which is hosted each summer on the Arkansas Tech campus, she knew he would be a great host to Uganda representatives working with the Catholic Relief Services Farmer-to-Farmer grant.

Killingsworth, along with a team of five agricultural education leaders from across the nation, volunteered their various areas of expertise for a week and a half at three major universities across Uganda in early September 2017. 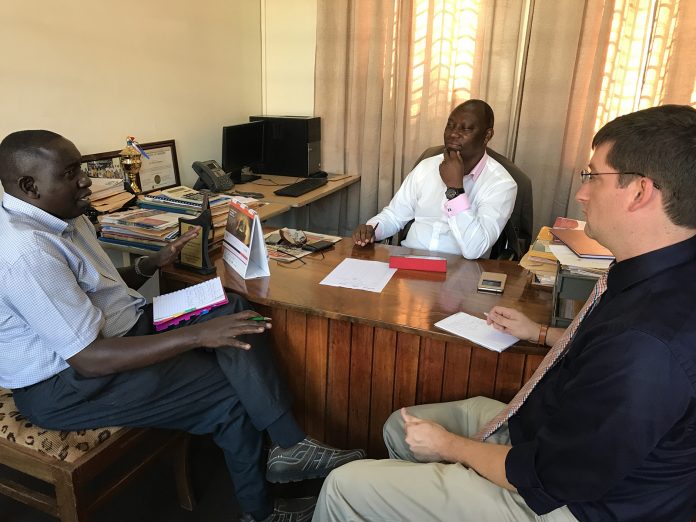 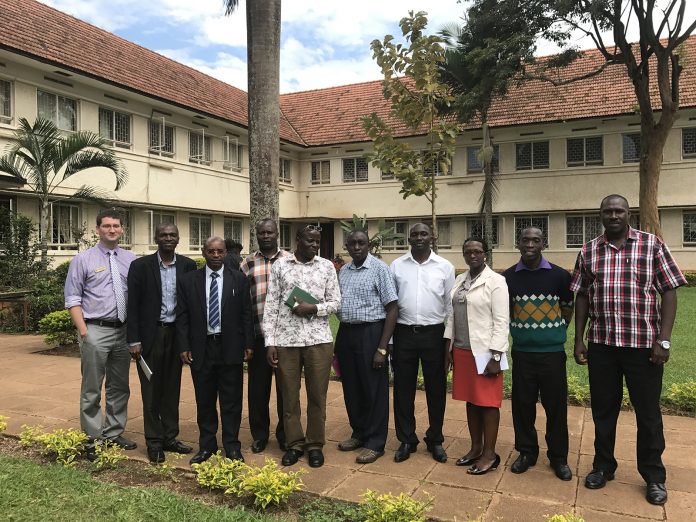 His main role within the team was to act as a developer of partnerships amongst those key decision makers in the future of Ugandan education. He visited three major universities within the country: Makerere University and Kyambogo University, both in the large city of Kampala, and Uganda Christian University in Mukono.

Killingsworth couldn’t recollect where these colleges related to one another geographically—mainly because of the confusing and poor road conditions. Those underfunded road systems that connect the people of Uganda are populated with two main modes of transportation: hired off-roading style SUVs and hired motorcycles, known as “bota botas.” Bota botas are a popular line of work for the 16 to 22-year-old male population of the country and the motorcycles themselves are rented out to the drivers. “So these guys are just meeting their living expenses and simply sitting on a bike every day,” said Killingsworth.

“My effort was centered around sharing Arkansas Tech’s agricultural education structure and how our department is trying to be as complete as we can within 120 credit hours as well as exposing these future ag teachers to as much as we can.”

Agricultural production is a natural fit for Uganda and this large, able-bodied portion of the population is essentially idle in their skill development in one of the most fertile countries on the continent of Africa. “The land there is so fertile…I think you could select a spot that’s [been] used for a parking lot for years [because nothing is paved,] dig part of it up and plant,” said Killingsworth.

Before his trip, Killingsworth expected and planned for resistance from faculty regarding his ideas. “But there was absolutely no hesitation,” he explained. For example, after the team’s presentation at Makerere University, those faculty members began discussing ideas and ways to implement the strategies he proposed—down to the transportation logistics for students. Uganda Christian University, his second stop, went just as smoothly.

The last university Killingsworth visited was Kyambogo, where he met a very influential professor, Dr. Epeju, whose tenure at the university has spanned the last 35 years. “He was described to me as the ‘father of ag education in Uganda,’” mentioned Killingsworth. Epeju was silent during the entirety of the team’s meeting, listening carefully while remaining stoic. Following the discussion held amongst the team gathered, Epeju said, “This meeting makes today one of my best days at Kyambogo University.”

Thanks to groups like CRS, Killingsworth believes the future of Ugandan agricultural education is looking more progressive and promising in the future. “I think if they’re able to take steps to reforming agricultural education, they’re going to have a whole generation of students that are better prepared to provide for their families and something better to do besides just sitting on bota bota.”