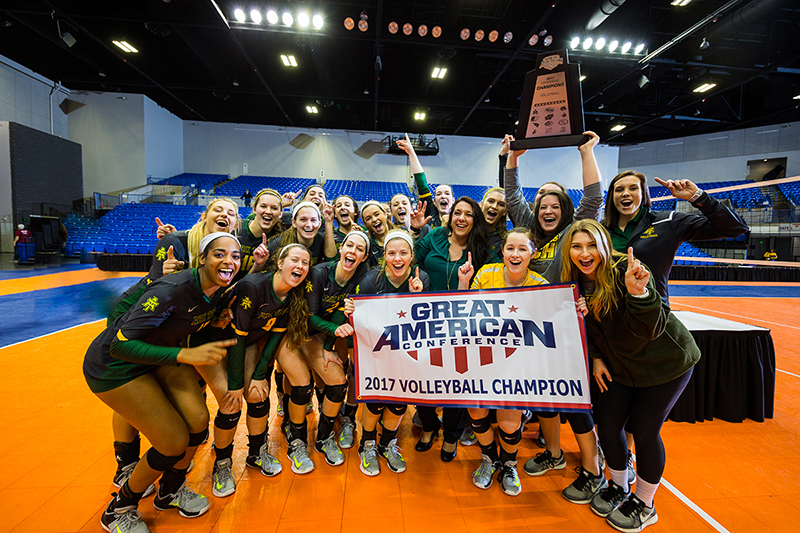 Youth was served in 2004 when 25-year-old Kristy Kale was hired as the head volleyball coach at Arkansas Tech University.

Fourteen seasons, a program-record 364 wins, a marriage to ATU alumnus B.J. Bayer and the addition of two children later, it all came full circle for Kristy Bayer during her final season with the Golden Suns in 2017. She arrived as a winner on the court hoping to become a winner on the sideline. She departed as a championship coach and left ATU with a young team that already knows what it takes to be the best. 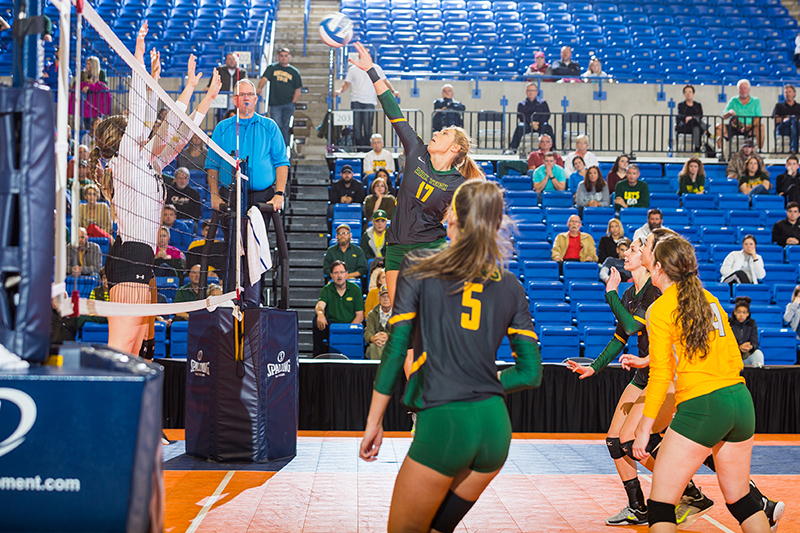 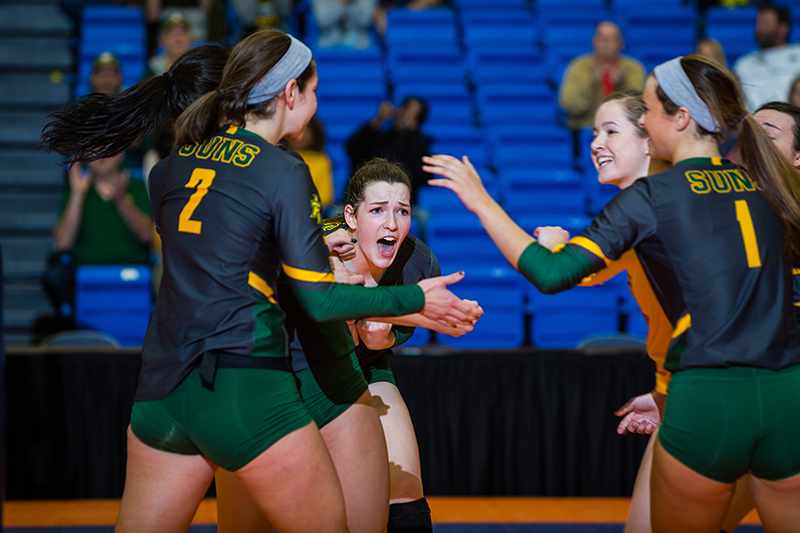 The 2017 Arkansas Tech volleyball team put together one of its greatest seasons in ATU history…regardless of sport. The Golden Suns established new program records for longest winning streak (35 matches), best start to a season (35-0) and highest winning percentage in a season (.972).

The center point for much of the success was sophomore Amanda Milnick of Tahlequah, Okla. As was the case for Bayer during her playing days, Milnick plays the setter position. After Milnick made 1,190 assists in 2017, they have another title in common: American Volleyball Coaches Association All-America.

Many of Milnick’s assists became kills for Lexie Johnston, a middle blocker from Nixa, Mo.

Johnston recorded 303 kills during the 2017 season. Her .399 hitting percentage led the Great American Conference and ranked among the top 10 nationally this season. She was named AVCA NCAA Division II freshman of the year and honorable mention All-America.

“This team really cared about each other as individuals, and there was very strong team unity,” said Bayer. “I think you must have that to move forward. Plus, we were just pretty good physically and athletically. We didn’t have a weak spot, which is unusual at our level.”

The foundation of Tech’s chemistry was built during a summer 2017 trip to Italy, during which time the Golden Suns won three exhibition matches and had the opportunity to get in extra practice in preparation for the forthcoming season.

“We were together for 10 days and for a week prior to that training,” said Bayer. “It was a huge advantage for us to be able to train and get game experience against top-level teams in Italy. We had some donors who stepped up and made that trip possible. There is great support here from the Green and Gold members, the administrative staff and the community.”

Bayer resigned as head coach at ATU on Dec. 6, 2017, to accept an administrative position at Emporia State University (Kan.), but she leaves behind a stocked cupboard. Defensive specialist Madison Nagel was the only senior who played for Tech in 2017.

With returnees like Milnick and Johnston, fellow All-GAC selections Allie Anderson, Hunter Eshnaur and Greer Rogers as well as Tabitha Spray, the team leader in kills this season, the future has never been brighter for Golden Suns volleyball.