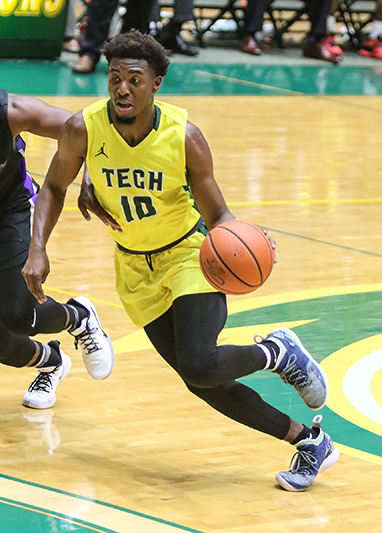 Parker was 8-of-16 from the field, including 4-of-9 from 3-point range, as the Reddies (5-1 overall, 2-0 GAC) defeated the Wonder Boys for a fifth consecutive time.

“We were bad in all phases of the game,” said Chad Kline, ATU head coach. “We couldn’t get stops, we couldn’t score and (Henderson State) was more physical than us. I don’t know the cause. I thought we had a good practice yesterday, and I didn’t expect us to come out flat. You never know. I never would have expected this. It was the perfect storm today.”

Henderson State built a 41-24 halftime lead by holding Arkansas Tech to nine made field goals and forcing the Wonder Boys into 13 turnovers during the opening 20 minutes.

The Reddies put the game out of reach by opening the second half on a 19-9 run that gave them a 60-33 advantage with 14:33 to play. Henderson State’s lead never dipped below 21 points after that.

The Wonder Boys (3-2, 1-1) will return to action on Saturday, Nov. 30, by hosting Baptist Bible College for a 2 p.m. non-conference contest at Tucker Coliseum in Russellville.