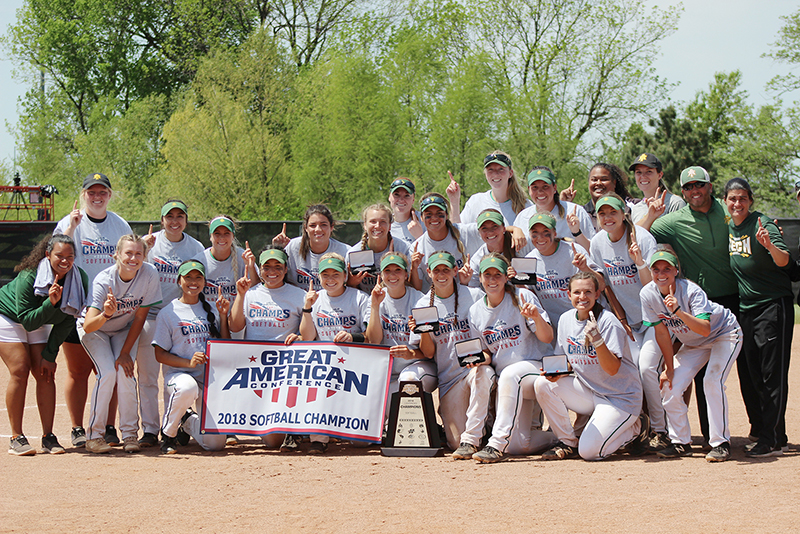 The Arkansas Tech University Golden Suns athletic teams accomplished a feat this year that no other Great American Conference school has achieved since the league was formed in 2011. After winning conference championships in women’s volleyball and women’s basketball early in the 2017-18 academic year, Arkansas Tech earned titles in women’s golf and softball to become the first school to claim four women’s GAC championships in one year.

With the conference championship, the Golden Suns were an automatic qualifier for the Division II Central Super Regional Championships in St. Charles, Mo. Needing to finish in the top three to advance to the national tournament, the Golden Suns combined for their lowest score on the final day of the three-round event to jump from fifth to third. Piddon led ATU with a tournament-best 4-under 68 in the third round of the regional championships to tie for second. The Suns later competed in the Division II National Championships for the fourth time in five years, finishing 11th.

Piddon was the unanimous GAC Player of the Year, becoming the sixth Golden Sun in seven years to win the award. Pia Nunbhakdi was a GAC First-Team selection, while Avery Struck earned second-team honors. Head Coach Amy Anderson was named GAC Coach of the Year for the fourth consecutive season and fifth time in seven years.

On the softball field, ATU claimed its first GAC tournament championship in program history, outscoring its opponents 27-5 in three tournament games. The Golden Suns went undefeated in the double-elimination tournament, ending the weekend with a 2-1 victory over Southern Nazarene on May 6 in Bentonville, Ark. Megan Goodnight was named the tournament’s Most Valuable Player, while Makenzie Addis, Bailey Bunch, Janie Knowles and Ashton Sangster were voted to the all-tournament team.

Arkansas Tech earned the automatic bid to the 2018 NCAA Division II Central Region Softball Championships in Winona, Minn., where the Golden Suns defeated No. 1 Winona State 4-0 before falling to Minnesota-Duluth in the regional semifinals. Arkansas Tech finished the 2018 softball season with 44 wins, the second most in program history.