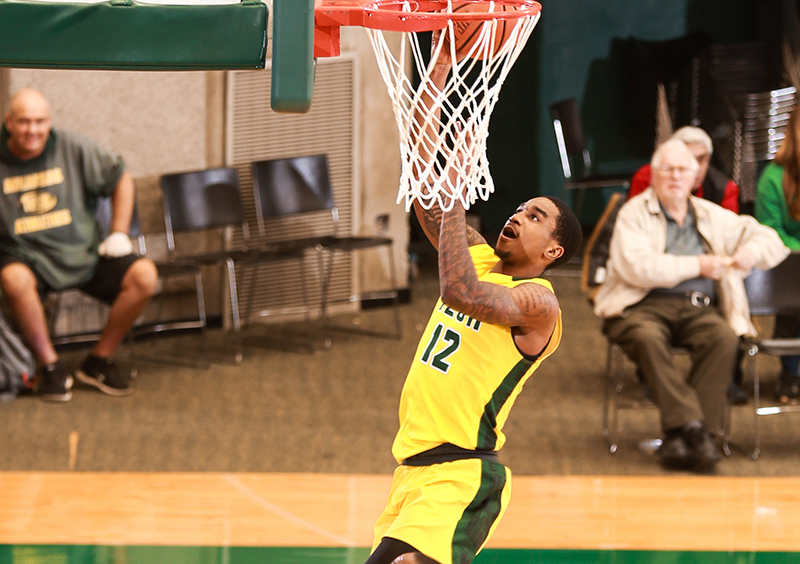 Parrish Hewitt scored 30 points and grabbed eight rebounds for the Rangers (6-12 overall, 3-9 GAC), who won for the first time in eight all-time road games against the Wonder Boys.

The loss ended an 11-game home winning streak for Arkansas Tech (11-7, 7-5). It matched the fifth-longest such streak in Wonder Boys’ history.

“We had too many hero shots and too many my turn shots,” said Chad Kline, ATU head coach. “It got us beat. Those are great when they are going in, but none of them were today. We had too many turnovers and took too many bad shots to win the game. (NWOSU) was tougher, better and they deserved to win.”

Arkansas Tech led 40-28 at halftime. The Rangers never led for the first 38 minutes. They went in front for the first time 62-60 on a Jaedon Whitfield layup with two minutes to go.

Exchanges of free throws forged the 64-64 tie that led to Peck’s heroics. He took a feed from Clive Allen for the game-winning shot. After a timeout, R.J. Glasper’s running heave to tie from 38 feet missed to the left.

Glasper and Kevin McNeal had 14 points apiece for the Wonder Boys. Arkansas Tech was 8-of-31 (26 percent) from the field in the second half.

The Wonder Boys will return to the road on Thursday, Jan. 30, for a GAC contest against East Central University. Tip-off at the Kerr Activities Center in Ada, Okla., is planned for 7:30 p.m.