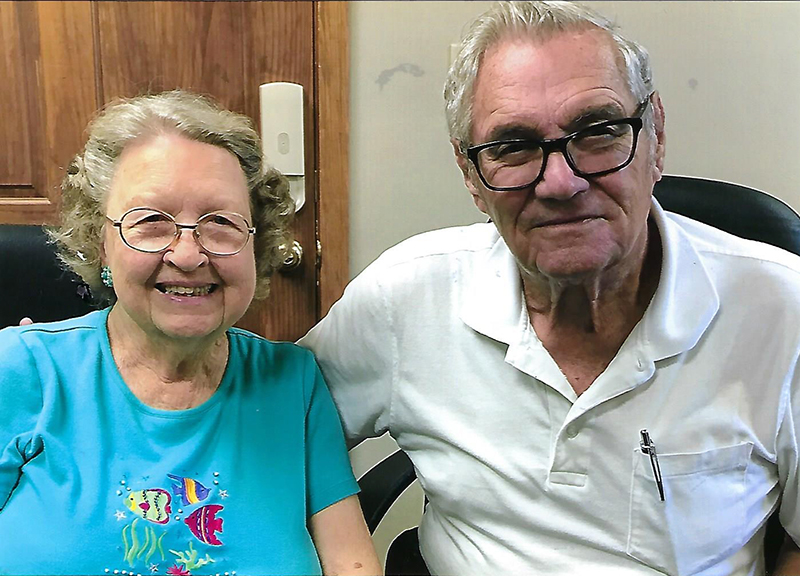 Their family ties at Arkansas Tech University date back a full century.

Now, Bert and Annette Mullens of Russellville have taken steps to ensure those ties will remain strong far into the future.

The pair of ATU alumni have pledged a $1 million unrestricted gift to the ATU Foundation. Additionally, provisions in the trust call for annual gifts to be committed to benefit Arkansas Tech students through the existing scholarship named for Mr. and Mrs. Mullens.

It is one of the single largest gifts in the history of the institution.

“We express our heartfelt appreciation to Mr. and Mrs. Mullens for this remarkable investment in their alma mater and our students,” said Dr. Robin E. Bowen, ATU president. “The philanthropy exhibited by them is to be admired and celebrated. Their family tradition at Tech dates back almost a century, and this gift ensures their legacy at our university will be secure for generations to come.”

A member of the Wonder Boys baseball and football teams during his college days, Mullens went on to a 43-year career in banking that included service as president for First Security Bank in Searcy, First National Bank of Russellville, First Commercial Bank in Memphis, Tenn., and First City Bank of Memphis.

Since retiring as an active officer in 1994, Mullens has served as a board member as well as an executive committee member for Regions Bank in Russellville.

Mr. Mullens has served on the ATU Foundation Board of Directors and is a past president of the ATU Alumni Association. He helped organize Tech’s endowment fund drive in 1969, and he was the drive’s first national chairman.

Mrs. Mullens earned an associate degree in business from Arkansas Tech in 1948.