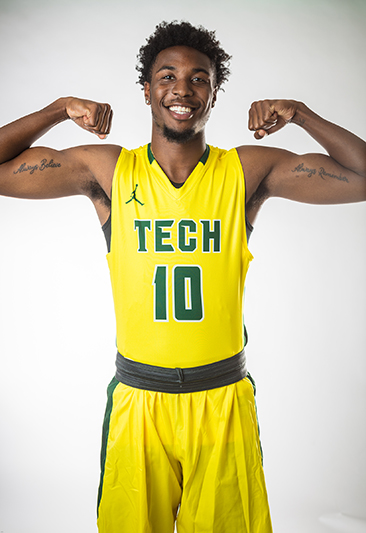 McNeal was 7-of-12 from the field and 5-of-6 at the free throw line. He also grabbed nine rebounds as the Wonder Boys (6-2) earned their third consecutive win.

“(McNeal) is such a classy kid,” said Chad Kline, ATU head coach. “He’s been starting for us, and I told him we were going to bring him off the bench to try something different and get him going. He told me he doesn’t care about any of that, he just wants to win.”

Winning was far from a certainty at halftime Monday night.

Jarvis Christian, which arrived 0-8 on the season, led 36-33 at the intermission after Arkansas Tech shot 10-of-33 (30 percent) from the floor during the opening 20 minutes.

Tech maintained at least a 21-point margin the rest of the way.

The Wonder Boys will resume the Great American Conference portion of their schedule with a 3 p.m. contest against Southern Arkansas University at the W.T. Watson Athletic Center in Magnolia on Saturday, Dec. 14.