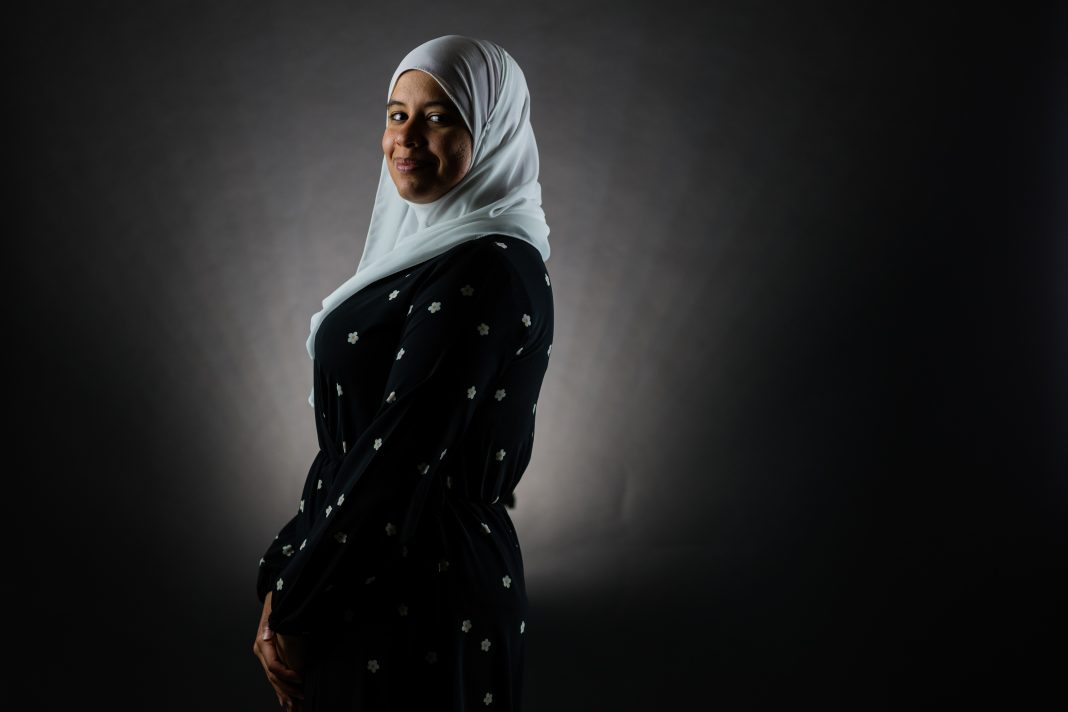 A passion for people and a desire to see the world are what inspired 29-year-old Lina Elshrief to apply for a Fulbright scholarship and what would eventually bring her all the way from the capital city of Egypt to Russellville, Arkansas in pursuit of a master’s degree in Multimedia Journalism.

Lina’s love for reading and writing and desire to travel and see the world drew her to journalism early on. She obtained her undergraduate degree in Journalism from Cairo University and immediately began her career as a journalist. Starting out, Lina’s job was to translate American articles from English to Arabic. She eventually worked her way up to covering events and writing articles herself.

After seven years of working as a journalist in Egypt, Lina was itching to start checking locations off her bucket list to visit every country in the world. So, she began the year-long application process for a Fulbright scholarship, an American exchange program where a student from the United States and a student from another country trade places to study and learn about one another’s culture. She was accepted!

The program required her to apply to four schools but she was drawn to ATU for the Multimedia Journalism graduate program. Lina was placed at Arkansas Tech which she describes as “a huge blessing”.

Though she is an experienced print journalist, Lina has still learned and grown plenty while pursuing her master’s degree. One new skill she has developed is editing using Adobe software. Now, in addition to print journalism, she can produce stories using a variety of mediums including video, audio, photo and infographics. Lina plans to use these new skills to cover Syrian refugees in her final portfolio for her graduate program and in her future career.

To prepare to live in a country she had never even visited before, Lina watched American films to get a sense of what the culture was like. While this did help to prepare her, there is still some culture shock that comes along with moving from Cairo with a population of 9.12 million to Russellville with a population of just under 30,000.

For instance, Lina was accustomed to using public transportation to travel around the city which is not available in Russellville. After almost a year of living in the United States, Lina made a plan to overcome this obstacle. She studied and prepared and is now proud to say she passed her driver’s exam on the first attempt and obtained her Arkansas driver’s license this semester!

Speaking in English all the time was also an adjustment at first but she has grown in her ability and confidence to do so over the course of her time at ATU. Lina shared how incredibly thankful she is to have professors, staff and classmates who have been so kind and helpful to her along her journey.

A Few Pieces of Advice

Lina’s first piece of advice is for her fellow international students. While you are sure to experience some homesickness and loneliness as she has at times, she encourages students to deal with this in the best way they can and then make the most of their experience.

To Lina, making the most of her experience means making connections and meeting as many people as she can. It is her belief that every person we encounter unlocks something new inside of us and connects us with someone else who will do the same.

She is not naive; she recognizes that she is only here for a short time and while she may never see the people she meets in Arkansas again, she plans to remain in communication with the friends she makes using technology and social media.

Don't Be Afraid to Start the Conversation

Lina’s second piece of advice is for how non-international students, faculty and staff can support international students and it is pretty simple. Take the initiative to start the conversation. International students have already made the incredibly brave and difficult decision to move to another country, leave behind their family and friends and often to speak a language that isn’t native to them. Perhaps the rest of us can be brave enough to push through some awkwardness and say hello.

Lina’s final piece of advice is for all of us. Don’t give up. Even when you really want to. Even when it feels impossible. When you do start to feel this way, which we all will at some time or another, Lina encourages you to take care of yourself. Get some sleep and when you wake up, you’re likely to feel better and find the strength you need to carry on.

How to Write a Statement of Purpose for Graduate School

Three Tips for Transitioning from High School to College

Here, experiences are more than a resume builder