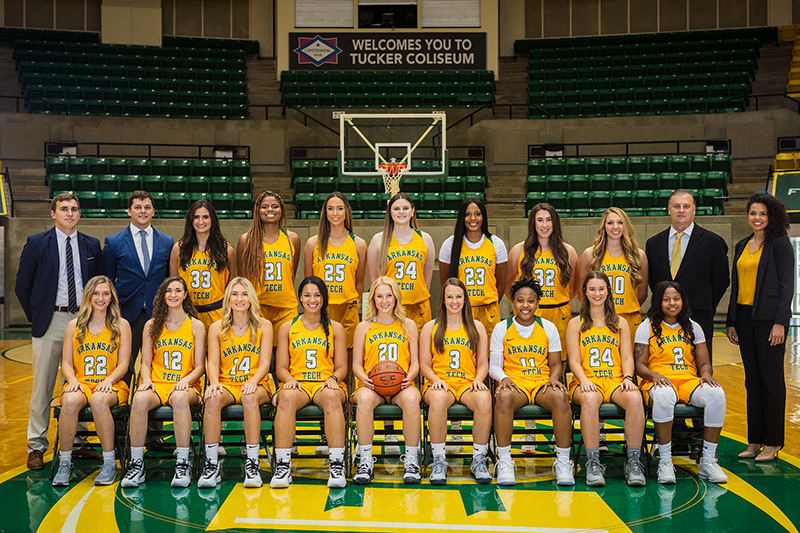 Southern Nazarene University held Arkansas Tech University scoreless over the final 5:54 to pull away for a 64-46 win over the Golden Suns in Great American Conference basketball at the Sawyer Center in Bethany, Okla., Thursday night.

The Crimson Storm led by as many as 14 points in the first half, but Arkansas Tech steadily chipped away and pulled within 46-44 on a Sarah Heard put-back basket with 9:06 remaining.

The Golden Suns’ comeback ran out of steam shortly thereafter. Arkansas Tech missed 12 of its final 13 field goal attempts and shot 3-of-15 from the field in the fourth quarter while Southern Nazarene was 7-of-12 from the floor during the final 10 minutes.

“Credit (SNU), they got the ball inside and made some plays,” said Dave Wilbers, ATU head coach. “We have a small margin for error right now offensively. Our starting guards need to make more shots, and they need to take more shots. We need to execute our offense better overall.”

Southern Nazarene went on a 13-0 run over a span of 2:40 midway through the first quarter to claim an early 17-4 lead. It was 23-9 in favor of the Crimson Storm after one quarter.

Arkansas Tech got back in the game with nine straight points to begin the second quarter. The Golden Suns cooled off after that, connecting on just one of their final 10 field goal attempts in the first half, and Southern Nazarene rebuilt its advantage to 31-22 at the intermission. The Storm led 46-39 after three periods.

The Golden Suns will visit Oklahoma Baptist University for a 1 p.m. GAC contest at the Noble Complex in Shawnee, Okla., on Saturday, Jan. 11.