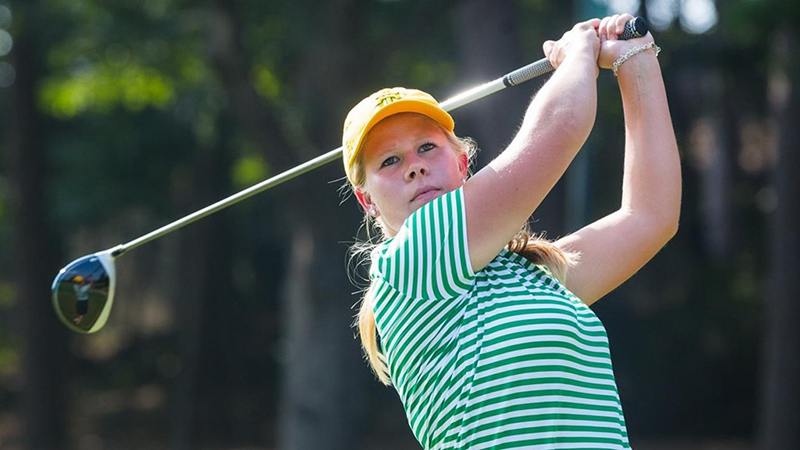 Arkansas Tech University’s Jacqueline Klemm completed the 54-hole Dallas Baptist University Invitational with a 2-over par total of 218 on Monday and Tuesday to earn a share of fourth place in the individual standings.

The sophomore from Kelkheim, Germany, toured the grounds of Wildhorse Golf Club in Denton, Texas, with rounds of 73-69-76.

The Golden Suns finished sixth among a 13-team field with a 54-hole team score of 903. It was a closely bunched team leaderboard. Only four strokes separated third from sixth place.

Dallas Baptist won the team title with a total of 887.

The Golden Suns will play in the University of Central Oklahoma Classic at Edmond, Okla., beginning Monday, Sept. 30.