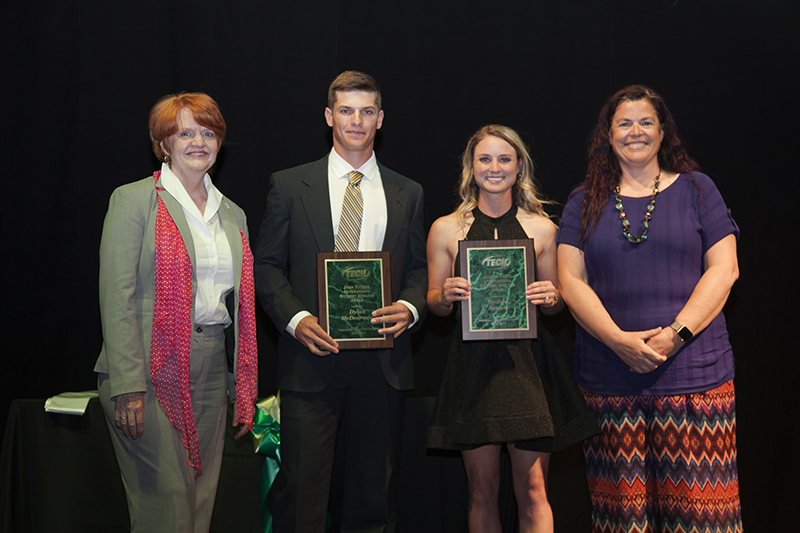 Sydnie Henson and Dylan McDearmon were named the top senior student-athletes at Arkansas Tech University for the 2018-19 academic year during an end-of-year banquet hosted by the Department of Athletics at Tucker Coliseum.

Henson was presented with the 2019 Jeanice Falls Award as the top senior female student-athlete at ATU, while McDearmon received the 2019 John Tucker Award as the top senior male student-athlete at ATU. The awards are determined by a vote of the ATU Faculty Athletic Committee. Dr. Robin Lasey, faculty athletic representative, announced the winners.

A product of Greenwood High School, Henson earned four letters and appeared in 201 games with the Golden Suns softball program from 2016-19. She had a career batting average of .324 with 166 career base hits, 52 career runs batted in and only four errors in 231 fielding opportunities.

McDearmon is from Greenbrier. He earned four letters and played 188 games for the Wonder Boys baseball program from 2016-19. His career batting average was .300 with 209 base hits, 22 home runs and 111 runs batted in.