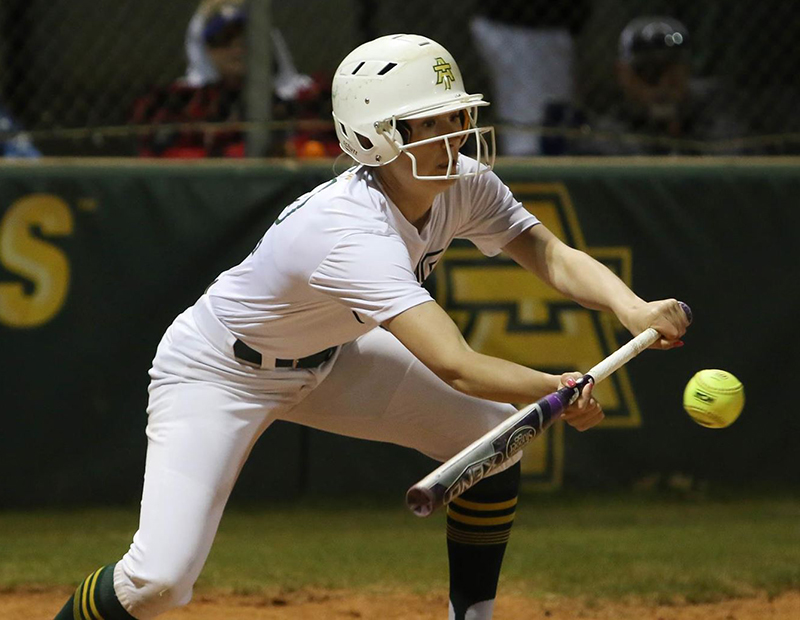 One clutch hit can change everything.

Such was the case for Arkansas Tech University in a 3-of-4 games series victory over Southeastern Oklahoma State University in Great American Conference softball at the Chartwells Women’s Sports Complex in Russellville on Friday and Saturday.

The Savage Storm took the opening game of the series 4-3 on Friday and rallied for three runs in the top of the seventh inning of game two to tie the score 4-4.

That set the stage for Arkansas Tech’s Mariah Hamilton, who came through with a run-scoring single to right field that brought Tymber Riley home with the winning run in a 5-4 walk-off victory for the Golden Suns.

Arkansas Tech rode that momentum to 4-3 and 5-0 wins on Saturday.

Makenzie Addis drew a bases-loaded walk to force home the decisive run in the eighth inning of Saturday’s first game.

Lexi Taylor (3-1) was dominant in the circle for the Golden Suns in the series finale. She pitched a two-hit shutout to clinch the series victory for Arkansas Tech.