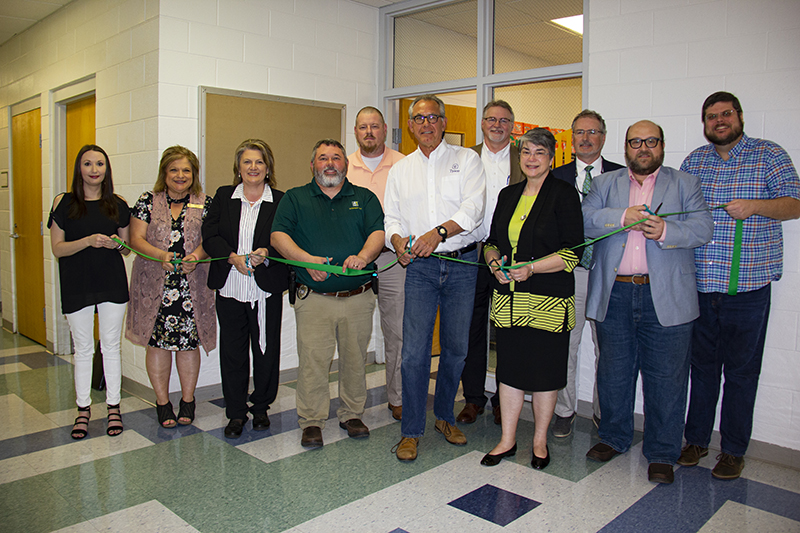 In the spring of 2019, the Green and Gold Cupboard expanded to the Ozark Campus via Leadership Tech cohort two, led by Dr. Sean Huss, professor of psychology.

A ribbon-cutting ceremony for the Ozark Campus was held in April in the Allied Health Building.

Since January 2019, the ATU-Ozark Cupboard has been stocked with various canned goods donated by faculty, staff and students. Tyson Foods has also been a vital component in the development of the program.

Shelving, storage tubs, trash cans and scales were among items supplied by a grant Tyson provided as part of the campus effort.

Pat Bourke, a representative from Tyson Foods, spoke at the ceremony about Tyson’s involvement with the Green and Gold Cupboard. “I learned early on that that there is a common denominator that makes these programs work, and that common thread, whether it be at the Ozark Campus or the Russellville Campus, [is the] volunteers,” said Bourke. “I am here to thank our volunteers.” Bourke reiterated that the Cupboard could not exist without the community’s help.

In addition, Eddie Lee Herndon, of United Way Fort Smith, announced that its organization would partner with ATU-Ozark in May for their yearly non-perishable food drive. All food items collected by United Way were donated to the Green and Gold Cupboard.

Volunteers from ATU-Ozark participated in the National Letter Carriers Stamp Out Hunger Food Drive in May as well. They picked up 562 pounds of donations for the Cupboard, which was all made possible by the United Way Community Services Clearinghouse. 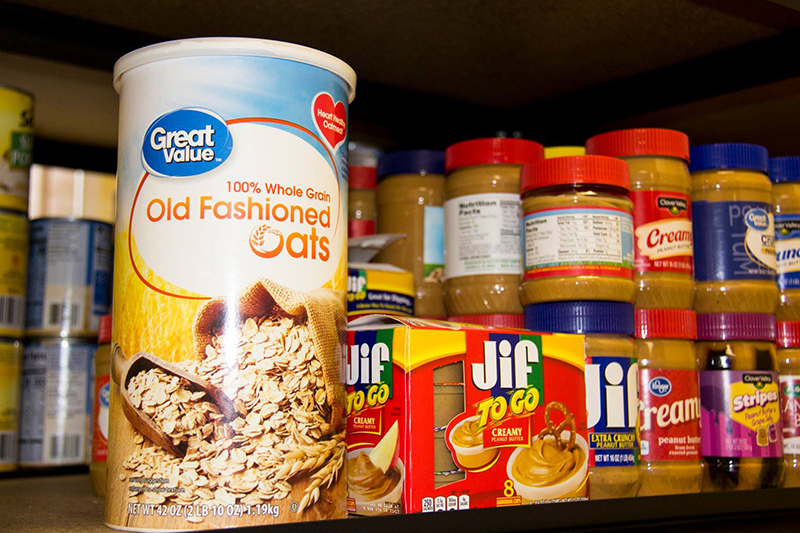 David Spicer, public safety officer for ATU-Ozark, looks forward to continuing the work of the Cupboard with the help of faculty, staff and students on the Ozark Campus.

The other members of the committee for ATU-Ozark are Chris Rambo, Beverly Nehus, Brianna Ingram and students Allyson Walker and Stephanie Chandler.

The concept of the Green and Gold Cupboard began five years ago with Huss. As a member of Leadership Tech, he partnered with Smith and his fellow team members Angela Crow and Spicer as a way to fight hunger within the Tech family by providing healthy, nutritious food for students, faculty and staff.