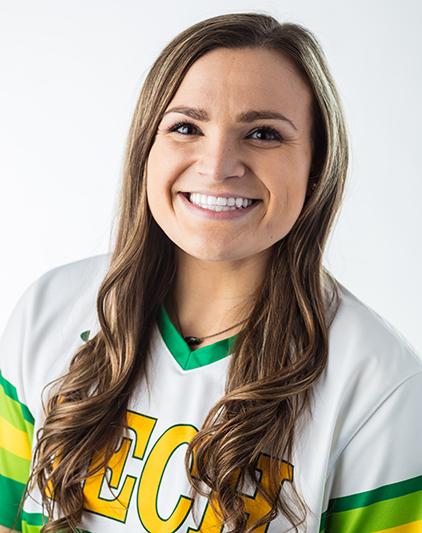 A 2019 graduate of Arkansas Tech, Goodnight holds a Bachelor of Science in Nursing degree and contributed to back-to-back NCAA Team Works community service competition championships by the ATU Department of Athletics.

“Megan Goodnight is not only a standout athlete but a very special person,” said ATU head softball coach Kristina McSweeney. “She is an extremely committed individual in all aspects of her life. She never does anything halfway and always gives her best effort. Coaching Megan for four years was an incredible journey. It was an honor watching her develop and accomplish so much. She is very deserving of the nomination for (NCAA) Woman of the Year. She is a stellar example of a student-athlete by graduating with a bachelor’s in nursing while committing to be one of the best softball players that has come through our program. Megan deserves this award because she has dedicated her life to accomplish the goals she did at ATU. She is amazing at everything she does.”

Next, conference offices will select their nominees for NCAA Woman of the Year. Each conference nominee will be notified by the NCAA, and all conference-round nominees will be announced on ncaa.org in August 2020.

Conference nominations are forwarded to the NCAA Woman of the Year Selection Committee, which identifies the top 10 honorees in each of the three NCAA divisions. From those 30 honorees, the selection committee then determines the three finalists in each division for a total of nine finalists.

The NCAA Woman of the Year program celebrates the accomplishments of female college athletes across all three NCAA divisions. In 2020, nearly 220,000 women are competing in college sports, and the NCAA received a program record of 605 nominations for this prestigious award.

The 2020 NCAA Woman of the Year will be announced this fall.

This news release was provided by the ATU Office of Athletic Communications.