For The Win: Turning Heroes Into Heroes

For The Win: Turning Heroes Into Heroes

Life-changing experiences force people into making choices: sitting back, moving on or taking action. Two Arkansas Tech alums, Jesse Wilson, who studied art, and Megan Pearson, who studied management and marketing and minored in art, were working in the entertainment industry in Hollywood. When the pair welcomed a premature baby, their scary experience helped ignite a passion to help other kids with serious health issues.

“We had our baby Jack,” said Wilson. “He was born three months premature. It was a really scary time, and we didn’t know if he was going to make it. There were times I wasn’t sure how [Megan] was going to be health-wise. Seeing Jack for those few months in the hospital, it was a very eye-opening experience to what these babies, kids and families are going through.”

After the experience, Wilson was questioning how he could help other families facing childhood diseases. He worked at Paramount Pictures as a designer overseeing promotional posters for upcoming movies, but he wanted to find a way to use those skills and his entertainment industry connections to empower others.

It was inside the halls of Paramount Pictures the idea eventually came: he could turn these kids into a hero from a movie and capture it in a movie poster. Wilson realized this could also draw attention to childhood diseases with the rise of social media.

With a solid idea in place, Wilson needed a dynamic photographer who was also great with kids. He reached out to Jaimie Trublood, a well-known photographer in the industry who had several kids. Trublood saw the vision and how this project could fill a need. The two formally joined forces to co-found For The Win Project. With the creative duo in place, Pearson immediately joined to lend her expertise. 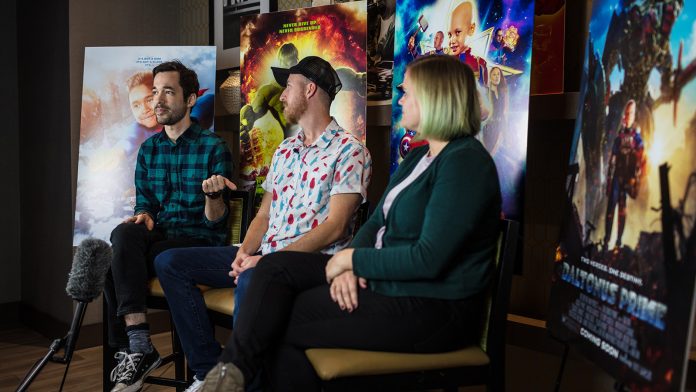 “Jesse and Jaimie are extremely talented artists,” said Pearson, who is known as the “voice of reason” within the organization. “They needed help with all the other parts needed to make this work. I helped with things like the IRS and the other key pieces.”

As the world of digital media grew, the organization needed to expand to meet the needs of new technologies. They thought back to a prior encounter in California that involved another ATU alumnus, James Winston, who studied information technology at ATU.

Jesse and James were both working with the late Stan Lee, a legendary comic book writer who co-created numerous Marvel characters. Their work meant they would be at Comic-Con International: San Diego. Even though they never met during their time at Arkansas Tech, they decided they should meet up at the event.

“After all, when will three Arkansas Tech alumni be at such a large-scale event,” laughed Winston.

During the visit they realized they shared numerous mutual friends and connections, so they decided to stay in touch.

More than a year later, when For the Win Project needed help with their digital presence, the power of an ATU connection was evident. Wilson reached out, and Winston quickly came on board to assist.

“There’s a whole new world with digital,” said Winston. “There are websites, and we have to run ads. We have to think what’s our voice on social media going to be.”

Since starting the organization in 2015, the group has featured dozens of kids and has been featured on NBC Nightly News and The Today Show for their work. 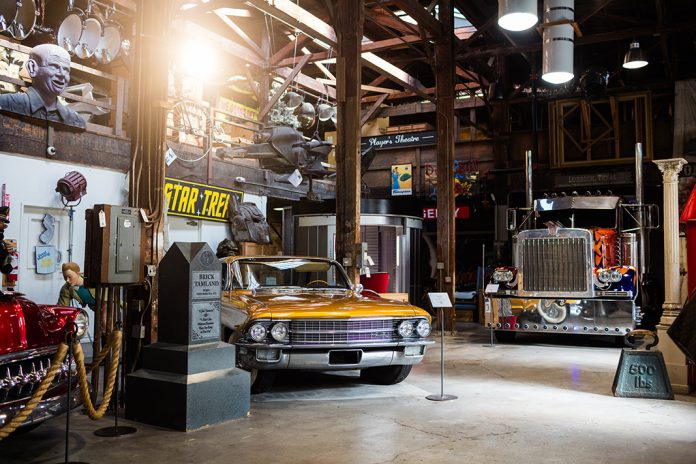 What started with a movie poster has grown into a complete, custom experience. The child gets a photoshoot, movie poster, reveal party for their family, friends and caregivers, and more depending on the movie and the studio involved. The child may also get a personalized video from an actor, access to props from the movie, or special swag to keep.

All of it designed to help kids keep fighting.

“My favorite moment was with our second hero Noah,” said Pearson. “It was the first time we had done a reveal. Just seeing how much it meant to her family and her. [It] was really amazing to see the impact on their faces.”

Wilson added that the reveal for Noah helped to solidify the feeling they were hoping to create.

“It became the huge circus,” said Wilson. “We want to light stuff on fire and blow stuff up because that’s what kids want to see and do. It needs to feel like a huge blockbuster film, and they’re the star.”

While Pearson describes the For the Win Project as a “small but mighty organization,” the group relies on help from the entertainment industry.

“Overwhelmingly, it’s been supportive from the industry,” said Pearson. “Some studios are particularly supportive. We can’t thank them enough. It only makes it feel so much more real for these kids to have that support.”

However, the work can be tough, especially when working with terminally ill kids. Wilson said it is hard to go to photoshoots and reveal parties not knowing if those kids will survive. Despite the struggles, the work is worthwhile to see the impact on the kids and their families.

“Seeing the kid’s look on his face reminded me why I’m doing what I’m doing. His smile is the ‘why’ I’ve been spending time on this,” said Winston, when recalling the first reveal party he attended. “However, it also showed me we’re a team who have pulled off some pretty amazing things because we wanted to make a difference.”

Over time, the organization has expanded its network to include contributors from around the world with different skill sets who can help the group. This network has allowed For The Win Project to provide expanded experiences. All with the same goal: helping kids fight childhood diseases.

Despite going global, the For The Win Project also continues to connect with ATU alumni. Currently, the organization is working with ATU alumna Lorraine Grate who works at Disney. She’s partnering with the group to help create storyboards for one of FTW’s next experiences.

For Wilson, the continued connection with ATU is personal, much like For the Win Project.

“Yeah, I could hit up anyone in Los Angeles to do it, but it’s different when it’s someone you went to school with,” said Wilson. “It’s a level of trust there. When it comes to things with For The Win Project, you want someone you can trust.”