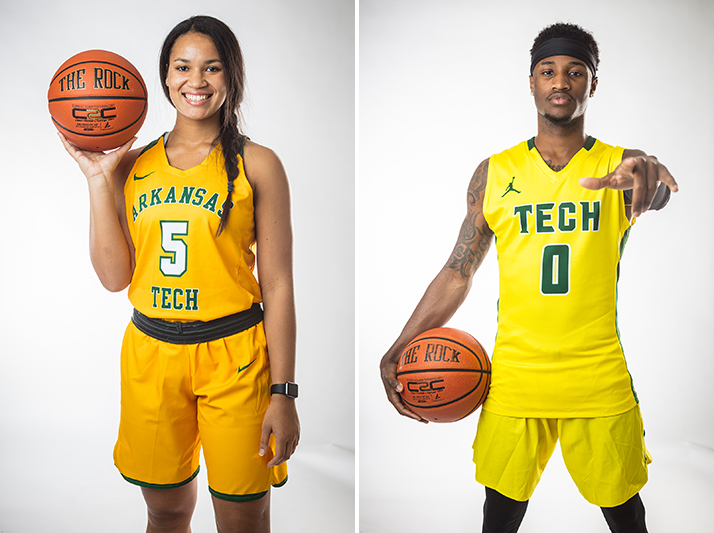 Arkansas Tech University’s basketball teams are heading out where the wind comes sweeping down the plain.

The Golden Suns and the Wonder Boys will begin their first Oklahoma road trip of the 2019-20 Great American Conference schedule by facing Southern Nazarene University on Thursday, Jan. 9.

A doubleheader against Oklahoma Baptist University will follow at 1 and 3 p.m. Saturday, Jan. 11, in Shawnee.

About the Golden Suns: Senior forward Ryann Goodsell, who is averaging 6.4 points per game this season, scored 14 points per contest in outings against Southeastern Oklahoma State University and East Central University last week. She matched her career high with 16 points in a 71-69 win over ECU on Saturday. Arkansas Tech defeated Southern Nazarene 87-84 in overtime in the 2019 GAC Tournament semifinals. Jayana Sanders, now a junior for the Golden Suns, forced overtime with a late 3-pointer and then scored eight of ATU’s 10 points in the extra period. Five Golden Suns fouled out en route to the win, which clinched Arkansas Tech’s fifth consecutive appearance in the GAC Tournament championship game.

About the Wonder Boys: Arkansas Tech was selected National Association of Basketball Coaches NCAA Division II team of the week after home wins against Southeastern Oklahoma State University and East Central University last weekend. Both the Savage Storm and the Tigers have been ranked in the NABC top 25 this season. Junior guard R.J. Glasper averaged 28.5 points per game in those victories and was named GAC co-player of the week. Junior guard Ke’Lyn Adams is averaging 13 points per game over his last three contests, while junior guard Tony Hall had a career-high 17 points against ECU and was 8-of-15 from 3-point range in two games last weekend.

About the Crimson Storm: Southern Nazarene is the two-time defending regular season champion of GAC men’s basketball, but 6-foot-11 All-GAC center Noah Starkey completed his eligibility last season. The senior backcourt tandem of Jhonathan Dunn and Micah Speight is left to carry the load for the Crimson Storm. Dunn is the GAC’s all-time leading scorer with 1,936 career points. His 27.7 points per game in 2019-20 is best in the GAC and third in NCAA Division II, but the Wonder Boys have historically held Dunn relatively in check. His career scoring average in six games against ATU is 15.2 points. Speight has 1,422 career points and is averaging 18.9 points per game in 2019-20. SNU has won five consecutive home games against ATU.