Start asking Arkansas Tech University students about their first memory of the institution. It won't take long to hear the answer "band camp." 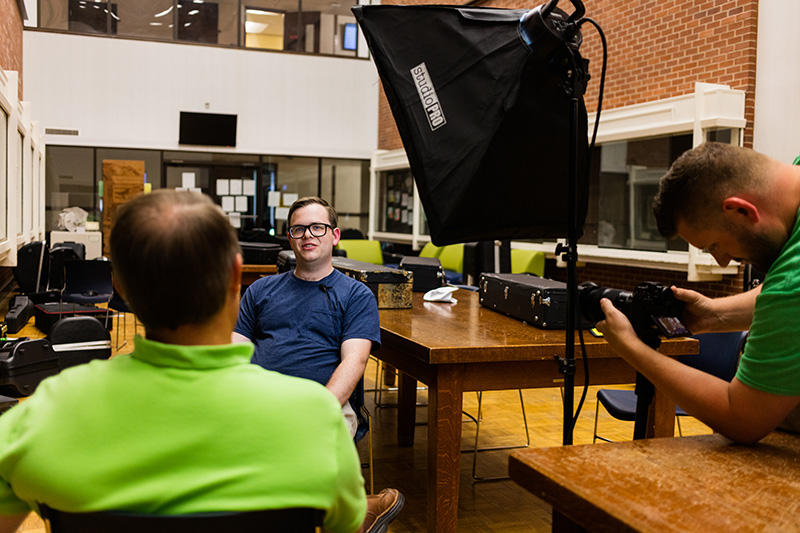 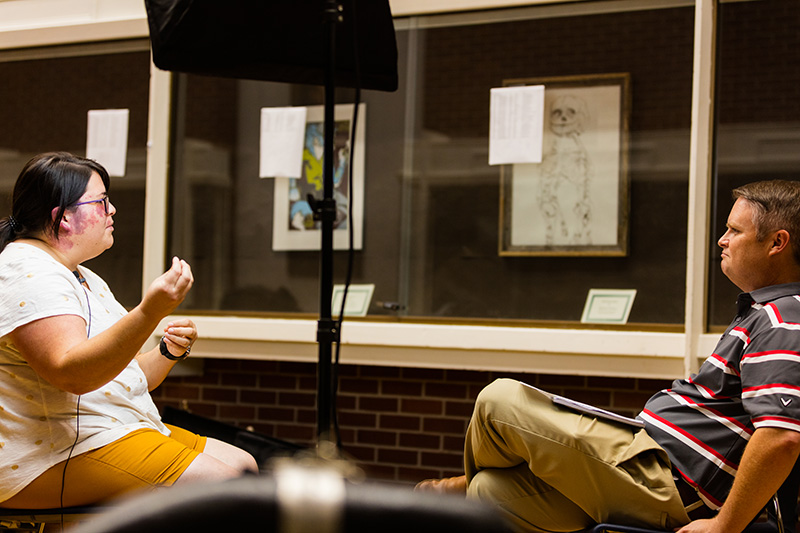 The 2019 middle school, junior high and high school summer band camps at ATU welcomed 648 students to the Russellville campus for three weeks of intensive musical training and bond building. The clarinetist and the trombonist who had never met on a Monday were playing a concert together and old friends by the following Saturday.

Some of those band campers grow up to perform together in the ATU marching and concert bands. A select few develop a lifelong passion for music, teaching and Arkansas Tech. They are the ones who return to band camp each summer as faculty members and keepers of a Tech tradition that dates back more than 50 years.

"I think, really, my favorite part of working band camp for all these years is getting to see students that I had in my first middle school camp all the way through the final years of high school camp," said Jacob Lehman, a 2015 graduate of ATU with a Bachelor of Music Education degree and member of the ATU band camp faculty. "Seeing the growth of these students over time is my favorite part."

Lehman, a graduate of Van Buren High School, was once a student at Tech band camp. It was there he met his flute teacher, ATU faculty member Karen Futterer, and solidified that he wanted to attend Arkansas Tech.

"I had been considering Tech kind of loosely with some other schools when thinking about college," said Lehman. "After band camp, I knew (ATU) was where I wanted to go. It was the legacy of the band program, and all the directors and musicians I knew from Tech were world-class...phenomenal educators and phenomenal performers. Being at Tech and being in this environment made me think I wanted to be a part of that."

Serving as a band camp counselor during his undergraduate years opened Lehman's eyes to service as a drum major in the ATU marching band, known for generations as "Arkansas' Band of Distinction." The experience he gained as a drum major provided him with the foundation for the leadership style he now utilizes as band director at Shiloh Christian High School in Springdale.

His students earned a top-three finish in statewide marching band competition during the 2018-19 academic year, and Lehman was named Shiloh Christian teacher of the year.

"When you are in a position of leadership, people are watching and listening," said Lehman. "If you want to have a group that functions cohesively and is healthy, you need to model that and be completely above reproach. Being a band director was something that always came up for me because I had so many band directors whose work meant so much to me. I wanted to have that kind of influence on even just one person, and if I could do that, then that would be fulfilling."

Bevill arrived at ATU band camp as a sixth-grade trombone player from Beebe. It was his first week away from home alone. Navigating Witherspoon Hall proved to be perplexing.

Bevill persisted through those first-year challenges and thrived at band camp during junior high and high school.

"I'm still friends with people from all over the state just from us going to this camp together in the summertime," said Bevill.

When it came time to select a college, Arkansas Tech was the only university to which he applied.

"Going to camp every summer and seeing how dedicated and passionate everyone was about playing music, that was the big selling point for me," said Bevill.

Now, the 2012 ATU graduate with a Bachelor of Music Education degree is the director of bands at Mount Ida High School. This summer was his 17th at Tech band camp, and it's the sense of camaraderie with his fellow ATU band camp faculty members that keeps him coming back.

"During the school year we go away, do all of our separate things and we're too busy to see each other," said Bevill. "But every summer, when we all come together for this camp, we pick up right where we left off. It's like there's not that big gap in time. When you can do that, that's what makes true friends."

ATU band camp exposed Mady Turman to a world of music beyond what she had previously known.

"I was a pretty good clarinet player my first beginning year," said Turman, who grew up in Greenwood. "Then I get (to ATU band camp), and there were notes on the page I'd never seen in my life."

That initial dose of humility spurred Turman to become an even better player and return to band camp each year. Then she became an ATU music education student and a camp counselor. Now, she is a camp faculty member with 14 years of ATU band camp experience.

"This is such a tradition that it just feels right to be a part of," said Turman. "Every time I think about my summer, I always need to know when band camp is because I plan my summer around it. It is so fulfilling."

Turman applies her Bachelor of Music Education degree from ATU as a music teacher in the Fort Smith School District.

"If my goal is just to say all these things, then I am only sub-par when it comes to my teaching," said Turman. "I have to be able to connect with my students. That's when they are open to learning and the things you are trying to say."

The 2019 ATU band camps concluded on July 20 with the annual senior high camp concert. Once the final note completed its echo around Witherspoon Auditorium, handshakes and hugs were exchanged. The band camp faculty members who preserve, protect and continuously elevate this Tech tradition returned to their regularly scheduled lives. 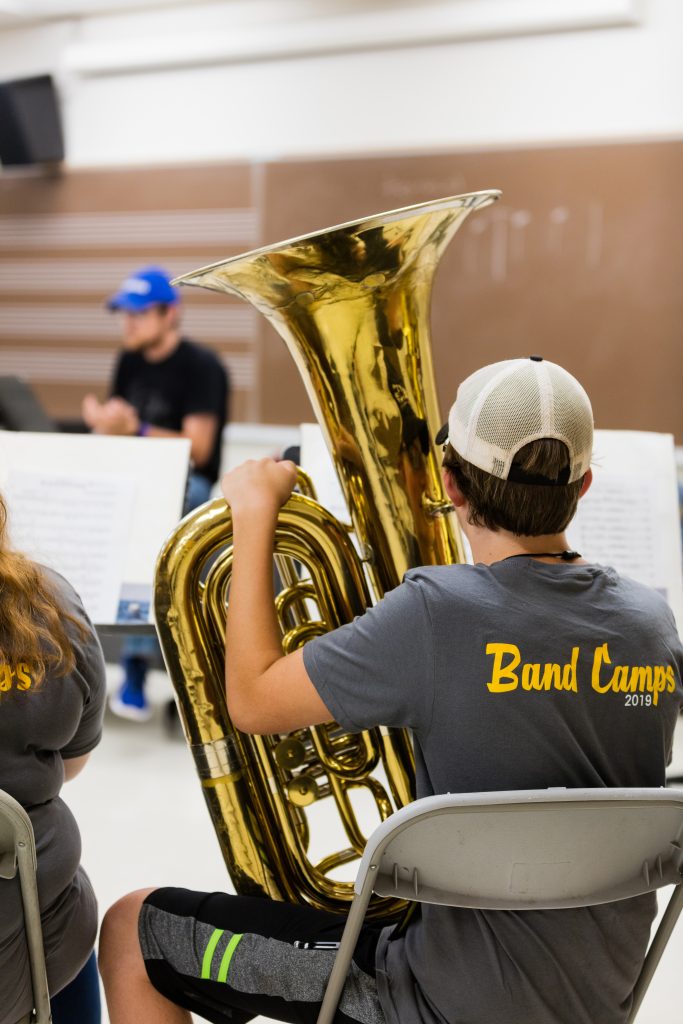