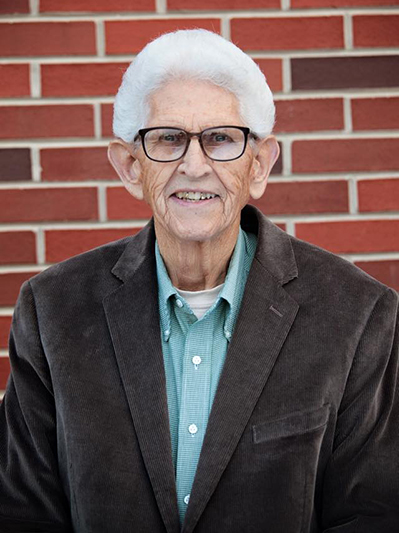 H.L. Shepherd, a 1955 graduate of Arkansas Tech University, is the inaugural recipient of the Jon Barbarotto Award from the Omicron chapter of Phi Beta Mu, the international bandmasters fraternity.

Shepherd was presented with the honor during the organization's August 2019 conference.

The Jon Barbarotto Award recognizes a selected individual for a "lifetime of service to music and furthering his or her community in support of others." It is named for one of the charter members of the Phi Beta Mu Omicron chapter.

Shepherd earned a bachelor's degree in music education from Arkansas Tech. He taught music and directed bands in the school districts at Prescott for two years, Morrilton for one year and Russellville for 28 years.

He was named 1978 Arkansas bandmaster of the year and was inducted into the Arkansas Bandmasters Hall of Fame in 1988.

Shepherd is a past president of the ATU Alumni Association. He received his alma mater's highest honor in 2004 when he was inducted into the ATU Hall of Distinction.

Foundations and Futures Re-Scheduled for Oct. 16

Brightest of All: A Film About ATU’s National Champions

Foundations and Futures Dinner Pushed Back to Fall ’20