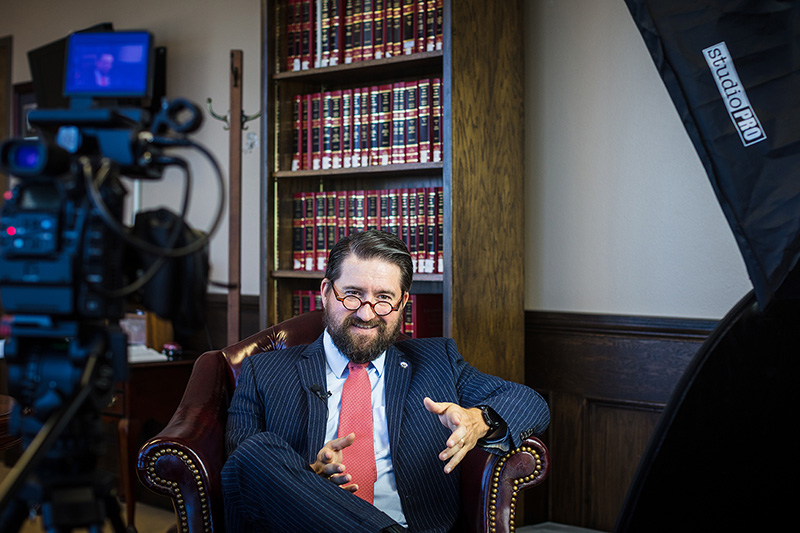 He props his boots, unpolished with a purpose, onto his desk. Everything in its place, he sips black coffee from a styrofoam cup in one hand and conducts his work via his cell phone in the other. Admiring the panoramic view from stories up in downtown Little Rock, Cory Cox poignantly summed up the aspect of his career that’s kept him in his native state, “Arkansas is just one big small town; you may travel to one far corner of the state and not know anyone. But you’ll soon find out that you have friends in common with those around you.”

Cox was named the Chief of Staff for Attorney General Leslie Rutledge in November 2017. Rutledge dubbed Cox as “no one better for the job given his knack for developing relationships with members of the General Assembly,” an aspect of the position that is key because the Office of the Attorney General is the top law firm in the state.

It’s true—when you shake hands with Cory Cox, you instantly feel like family. His face dons a full beard and hugs around his warm, childlike grin. After initial small talk, he’s quick to offer up a sample of his favorite, self-confessed weakness: lemon drops. Walking alongside him in the Capitol building is akin to striding down the hallways of high school with a popular older brother—everyone knows and loves him. Without question, part of the loyalty and fondness for Cox comes from the nearly twenty years he’s spent professionally circling the halls of that iconic edifice.

His introduction into the political world was with his five years as legal counsel to Governor Mike Huckabee. Cox cites the impetus of this opportunity with his years at Arkansas Tech University. “I was a chairman for a political group on campus and got to know a fellow by the name of Mike Huckabee,” Cox said. “By the time he was running for governor, he remembered me from my days at Tech and hired me to be on his staff. Because of that involvement, I got to work in the Governor’s Office.” 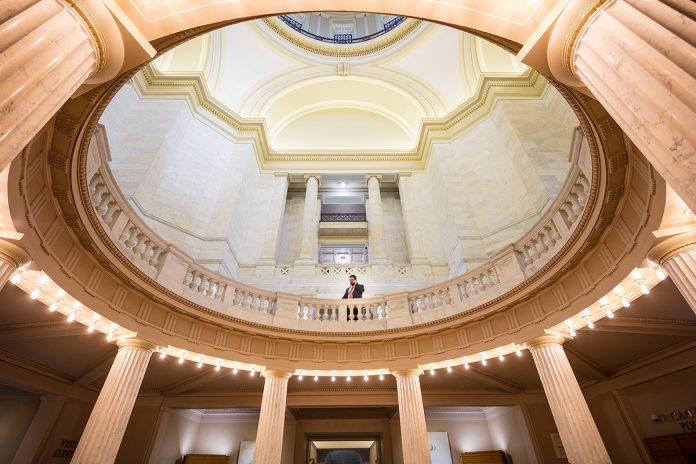 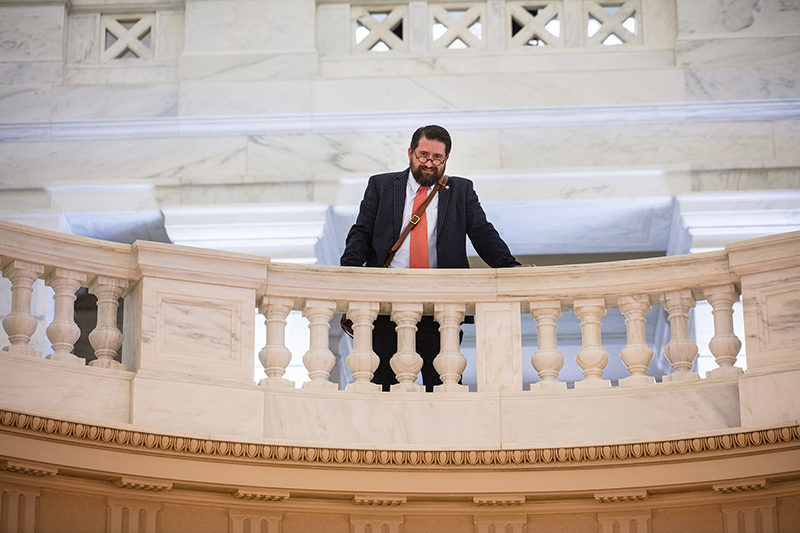 Although a history and political science major, Cox didn’t limit his involvement on campus to the political realm; he stepped outside his comfort zone and challenged his perceptions during his four and a half years spent on campus. He was actively involved in Student Government Association, Student Activities Board, Vice President of his fraternity and even went as far as getting involved with theater to overcome his fear of public speaking. Cox had the foresight to know that this involvement was imperative to succeed in his goal of completing law school. The biggest advocate at ATU for Cox’s attending law school was current University Counsel Thomas Pennington. “He took a chance on a kid from Perryville,” said Cox. Just like every major decision, his drive to become a lawyer was inspired by a life-altering event in his childhood.

When he was twelve, his dad was laid off from his job at a box plant in Little Rock. This came as a surprise because he was only in his 50s. Cox’s father sued for age discrimination, but his attorney fled the state. Cox remembers that feeling of helplessness. “He was the sole source of income [and] that put a lot of pressure on our family,” he said. His family lived off Cox’s college savings, but his dad was insistent that he attend college. His parents viewed education as critical and as a means to self-determination.

Cox set his sights on his mission to become a lawyer and protect folks like his dad from the abuse of rights. “That [happening] opened up my eyes to a world that I’d not been witness to before: the world of the law, filled with lawyers, courtrooms and judges,” he said. 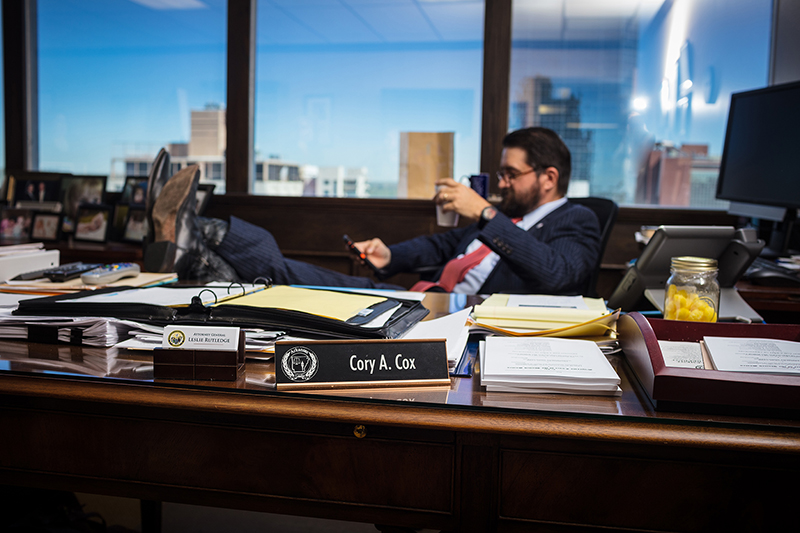 With his work in the Attorney General’s office, Cox fights the abuse of rights of Arkansans every single day. He viewed the “one big small town” aspect of the State as a challenge, initially. “Because everyone is connected, you worry that you’re showing preferential treatment when someone [loosely connected to you] calls,” explained Cox. Given his years involved with the law and politics, he’s found the secret to successful leadership in his role: treating everyone equally.

Cox also lives by transparency with those to whom he answers. “Sometimes you’re put on the spot to defend your decisions and positions; you have to be willing to take the blame and own up when mistakes are made,” he said. He attributes those thoughts as keys to the leadership positions he’s been able to hold over the years.

By listening to Cox talk about his position in the Attorney General’s office, his passion is evident. “When you feel like you’re making a difference, the long days don’t matter,” Cox admitted. “It’s about Arkansas; it’s about loving the people, the culture, the things that make us unique and doing everything you can to protect those people.”