A Mother, a Son and a Work of Art 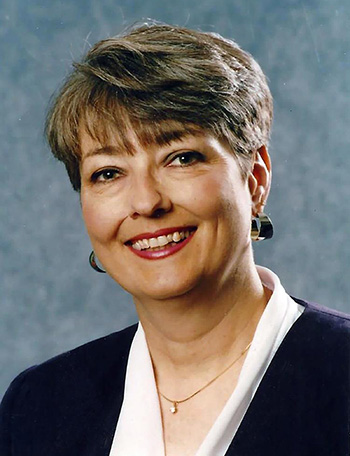 Within three months, she was on her way to Rapid City, S.D., where she attended school, married, co-owned a small business and raised two children.

Linda was a crafter. She knitted. She crocheted. She made stained glass.

She passed that love of creating beautiful things down to her son, Neal Harrington.

Harrington, professor of art at Arkansas Tech University, made a pilgrimage to his mother’s home region during summer 2019.

He went, in part, because Maryhill Museum in Goldendale, Wash., sought 11 of the United States’ top printmakers to collaborate on an ambitious 66-foot long project entitled “Exquisite Gorge.”

Harrington invested two weeks of his summer creating a 4-foot by 6-foot woodcut that depicts one portion of the 220-mile stretch of the Columbia River from the Willamette River confluence to the Snake River confluence.

His assignment was to develop a piece reflective of The Dalles, Ore., a community of more than 13,000 residents situated 33 miles southwest of Goldendale and 85 miles east of his mother’s birthplace.

Before the carving began, Harrington researched the region to find elements that accurately depict the past and the future of The Dalles.

He read a book about the area, scoured the internet and attended a community meeting. Through that process, Harrington learned that The Dalles was the end of the famed Oregon Trail. He found that cherries, salmon and wheat were principal products of the area. He discovered that the arrival of a Google data center has provided promise for the future of The Dalles. He observed an osprey fishing in the Columbia River.

Each of those connection points became part of the concept for his artwork.

“I just wanted to do something the community liked,” said Harrington. “I’ve done commissions for other people, so I’ve had that pressure, but this pressure seemed a little more intense. I wanted them to like it. I wanted it to look to the future, be something I was proud of and be museum quality.”

The Dalles was supposed to be a pleasant retreat from the summertime heat and humidity of Arkansas.

“It was not,” said Harrington. “It was very hot, and I was in (Lou Palermo’s) garage, which is an older garage. No air conditioning, really no cross breeze…I was a sweaty guy.”

Every day for the better part of two weeks, Harrington spent four hours in the morning and four hours in the afternoon carving. He prefers to be as exacting as possible, so the tip of the tool he used was smaller than a fingernail.

He carved and carved on the 48-inch by 72-inch section of wood, pausing only to toss a dull tool away and replace it with a fresh one. With such a limited time frame, there was no opportunity to stop and sharpen.

Harrington finished the job early, which was fortunate because he was exhausted and ill by the time it was done. Three days of rest watching Netflix and sipping tea on Palermo’s couch nursed him back to health for the trip home to Arkansas.

He returned to Oregon in August to observe the printing of the full 66-foot piece that he and his 10 fellow artists created. It will become part of the permanent collection at the Maryhill Museum.

“My mom was always really proud of being from Portland,” said Harrington. “She was my buddy. I thought everyone had such a great relationship with their mom. We were best buds in every sense of the phrase. It was fortuitous that this whole thing came about. I really miss her. Is your mom still alive? Call her tonight.”

It’s been 71 years since Linda Ridenour Harrington left the Pacific Northwest and little more than a year since she departed Earth. Through the gift of art she shared with her son, a piece of Linda is home to stay.

“I thought about her a lot when I was working in that garage,” said Harrington. “What’s even weirder is that Lou Palermo is close to my mother’s age and a very classy woman like my mother…it was just really pleasant. I really enjoyed it, and I think I’ll always reflect on it.”