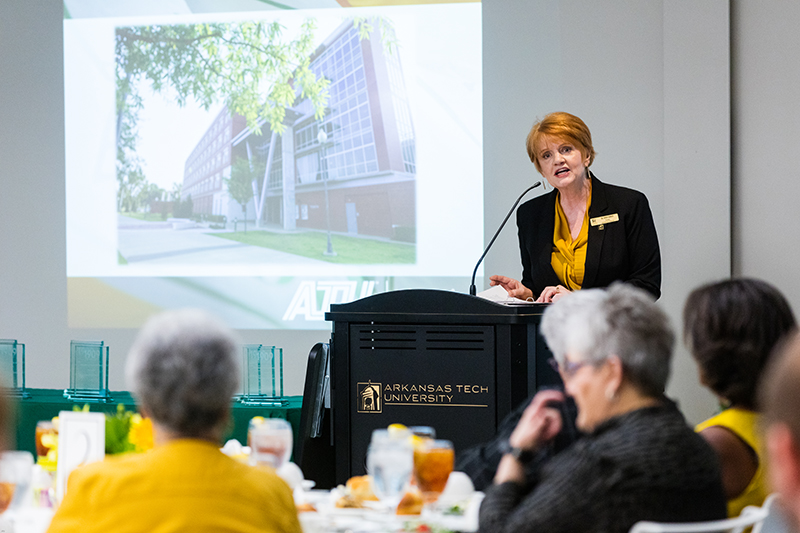 The 19 of the Last 9 award is named in honor of ATU’s founding year, 1909. It will be presented each year to 19 ATU alumni who have graduated within the last nine years.

According to the ATU Alumni Association, criteria for the 19 of the Last 9 award include:

These are the inaugural recipients of the ATU 19 of the Last 9 award:

Ahrns is a doctoral candidate in space physics and aeronomy at the University of Alaska Geophysical Institute. He has been published and quoted for his work studying sprites and the composition of their light. He has also participated in launching sound rockets in order to forward the study of auroras.

Blanco is an instructor of biology at Arkansas Tech-Ozark Campus and an associate editor of vertebrate biology for the Arkansas Academy of Science. She has presented at five national and international scientific conferences, and she serves on numerous committees at ATU.

Brown is a manager for Landmark CPAs. He serves on the Dean’s Advisory Board for the ATU College of Business and is involved in United Way of Fort Smith. He was one of 38 Certified Public Accountants in the United States accepted to the American Institute of CPAs Leadership Academy and was named the Arkansas Society of CPAs 2017 Outstanding Emerging CPA.

Skot Covert of Maumelle
Class of 2012

Covert is chief of staff and deputy auditor for the State of Arkansas. He serves on the state 911 board and has been appointed the State Emergency Response Commission. He was named to the Arkansas Business "20 in Their 20s to Watch" and volunteers with Big Brothers and Big Sisters of Central Arkansas.

Clayton Frazier of Russellville
Class of 2013

Frazier was most recently the assistant director and risk manager for experiential learning at the University of Tennessee at Knoxville. He is a member of the University Risk Management and Insurance Association and the National Society of Experiential Education. Frazier developed and oversaw a teaching support award program that allocated more than $59,000 to 28 faculty, staff and graduate teaching associates at the University of Tennessee and pioneered and managed a game-based learning certificate program.

Evan Gray of Bentonville
Class of 2016

Gray works at the Greater Bentonville Area Chamber of Commerce as the director of talent initiatives and small business programming. He has helped restructure all downtown Bentonville events, attracting more than 8,000 people for each event. He works with more than 800 small businesses in Bentonville to help them with marketing and executing events to increase foot traffic. Gray serves on the board for various charities and events in northwest Arkansas.

William Hafner of Casscoe
Class of 2013

Hafner is an education specialist for the Arkansas Game and Fish Commission. He has been involved in many conservation think tanks and helped implement the "Fishing in the Natural State" program. Hafner helps organize hunting and fishing trips for youth with disabilities and adult wheelchair hunts.

Holtzclaw works as a communication specialist for Farm Credit. She has received numerous marketing awards for her work and recently graduated from the Arkansas Cattlemen’s Association Young Cattlemen’s Leadership Class. Holtzclaw is an active member of the Arkansas Farm Bureau Women’s Committee.

Hubbard is a physical education teacher at Cypress Fairbanks Independent School District. She authored a 2018 book entitled “The Popular Girl” to help motivate children. Hubbard received the expressionist of the year award in 2018 and was nominated for the inspirationalist of the year and an Author Academy Award. She serves in the Arkansas Tech Alumni Association African American chapter and works to donate books and read to children across the city of Houston.

Kara Johnson of Russellville
Class of 2015

Johnson works at Arkansas Tech as the coordinator of leadership and service. She has been instrumental in organizing Green and Gold Gives Back and countless other community service events for ATU students to give back in the Arkansas River Valley. She serves as a Russellville Area Chamber of Commerce Red Coat and has been a member of Leadership Russellville. She is also a member of the International Town and Gown Association, helping connect Arkansas Tech to the city of Russellville and organizing Paint the Town Green and Gold activities.

Kitchens is an account manager for Esri Geographic Information Systems. He has taken numerous FEMA independent training courses and works with local governments to implement location strategies for their organizations using geographic information system (GIS) mapping. Kitchens speaks to local high school students about GIS and helped create shape files of the buildings at ATU for Pope County 911 and the ATU Office of Emergency Management.

Long works for the Oklahoma Association of Optometric Physicians in government relations. She has successfully lobbied and helped pass legislation on the state and federal levels. She fought to keep corporate optometry out of Oklahoma. She is a member of Junior League of Oklahoma City and volunteers at the Infant Crisis Center and the Boys and Girls Club. She also volunteers to assist her sorority at ATU.

Manley is principal at Ramsey Junior High School in Fort Smith. She advocates for the ATU Center for Learning and Leadership and the ATU marching band. Manley is a member of the International Association for Supervision and Curriculum Development and the Association for Secondary Administrators.

Nick Mann of Danville
Class of 2014

Mann works at Chambers Bancshares Inc. as a risk officer and vendor management officer. He has created a risk-assessed vendor management program from the ground up and a specialized reporting system. He is president for the Danville Area Chamber of Commerce and is active in the Lion’s Club. Mann received the Uncommon Communities Award from the Winthrop Rockefeller Institute and the A.D. Morris Volunteer Award from the Danville Area Chamber of Commerce.

Andrew Mason of Russellville
Class of 2016

Mason is employed by International Education Services as a pharma consultant. He is also an adjunct faculty member for Tokyo Medical and Dental University and Arkansas Tech University. Mason has produced five journal publications and two published proceedings, one of which earned him a best paper award from the Academy of Business Research. He recently created a personal finance class for sophomore level students at ATU.

Ramirez is a practicing immigration attorney. She opened her own law firm just one year after graduating from law school and has dedicated her life to aiding families and individuals pursue life, liberty and happiness.

Rosie Silva of Russellville
Class of 2014

Silva is a professional basketball player for Club Promete in Spain. She has been named league defensive player of the year multiple times and has led the league in steals. Her most recent contract will allow her to begin competing in the top level of Spanish professional women's basketball.

Suico works at Catholic Health Initiatives St. Joseph's as an emergency room nurse. She is a member of the Emergency Nursing Association. Her philanthropy and volunteer service benefit several organizations, including her sorority at ATU and the Golden Suns tennis program. 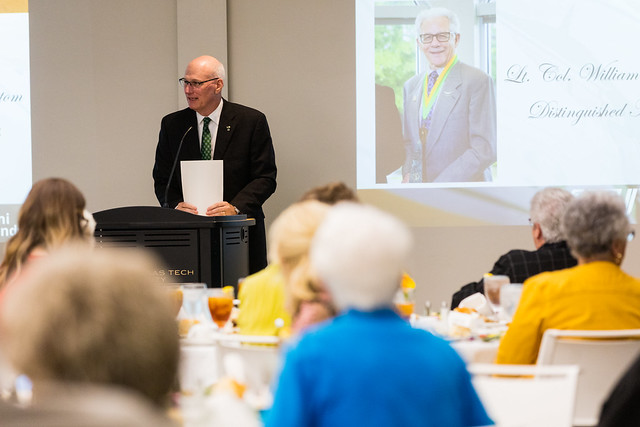