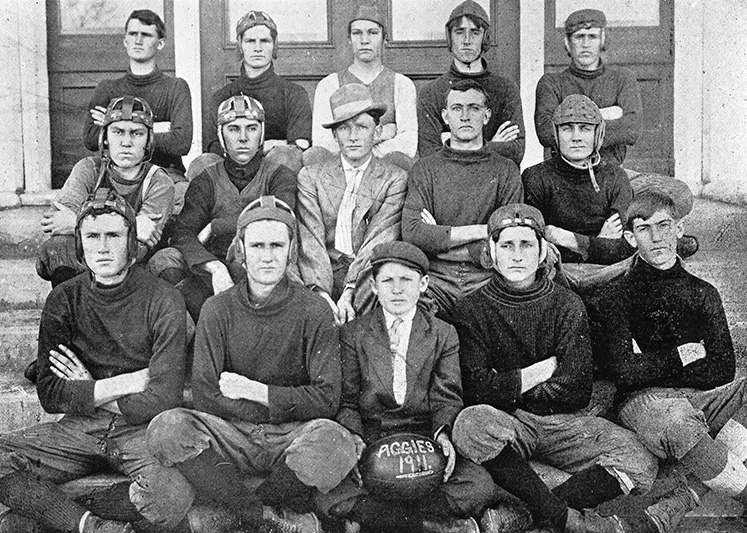 Who could have known that a 6-5 football victory by the Second District Agricultural School (now known as Arkansas Tech University) over Russellville High School on Sept. 30, 1911, would mark the beginning of a tradition that would persist for 1,000 games?

ATU will take the field for the 1,000th time when it hosts Southeastern Oklahoma State University for a 2 p.m. Great American Conference contest at Thone Stadium at Buerkle Field in Russellville on Saturday, Nov. 2.

The Wonder Boys (previously known as the Aggies from 1911 through most of the 1920 season) have won 567 of their first 999 games, which is good for a top-15 ranking for all-time victories among current NCAA Division II members.

Along the way, Arkansas Tech has collected 18 conference championships and made five national playoffs appearances, including a national runner-up finish at the NAIA level in 1971.

“It was huge for us, as a program, to do that,” said Kyle Shipp, who is in his first year as the Wonder Boys’ head coach. “We’ve pushed and pushed and pushed to get guys to understand how to finish, and finally we’re getting there. We’re starting to figure out you have to be a team. They’re starting to believe it and know it, and if that continues, we’ll have continued success.”

ATU will observe Military Appreciation Day as part of Saturday’s contest. Admission will be free for veterans and military personnel, and the Wonder Boys will have a special helmet design for the occasion.

There will be a stripe across the top of the helmet depicting the colors of the American flag. The interlocked “AT” logo will appear on one side of the helmet in red, white and blue. The alternate side of the helmet will have the number “206” in honor of the Arkansas Army National Guard 206th Field Artillery Regiment, which is headquartered in Russellville.

“It’s a big deal for us to be able to honor our military,” said Shipp. “Anytime we can say thank you to our troops — past, present and future — for everything they’ve done, we’ll try our best to do that. If our military personnel didn’t do what they do, I wouldn’t have this job and our young men wouldn’t have the opportunity to play football. I want to make sure our guys understand how grateful they need to be for our military.”

Game tickets ($10 adults/$5 students and senior citizens) will be available at the stadium ticket office on Saturday during Party at the Plaza, the pre-game tailgating celebration on the Crabaugh Hall lawn. Tailgating will begin at noon Saturday.